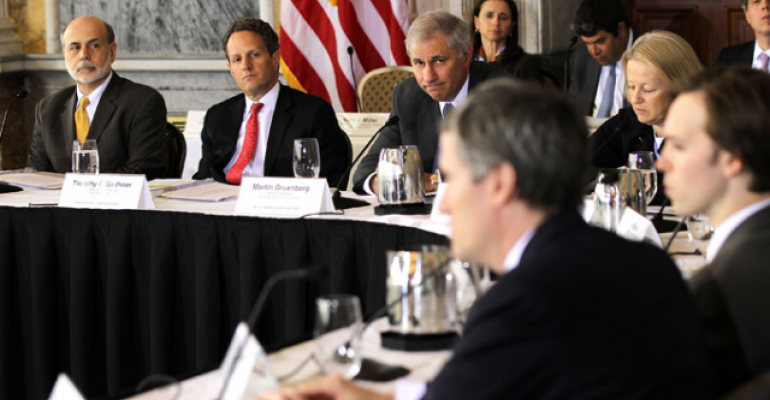 “The FSOC has not been as effective as I believe Congress intended it to be, with respect to coordination,” Bentsen said during a press briefing Thursday. The council, known as the FSOC, was created through the Dodd-Frank Act in 2010. The group is composed of 10 voting members, including representatives from the Treasury department, the Federal Reserve, the U.S. Securities and Exchange Commission and the Commodity Futures Trading Commission.

While Bentsen says the FSOC should be given credit on bringing together the five different agencies together to write the recently finalized Volcker rule, he believes the council is not meeting the standard needed. “We have different regulators trying to achieve the same outcomes and not always coordinating,” Bentsen says. “That is only going to create confusion and more cost to the system that will have to be passed on.”

As examples, Bentsen pointed to the lack of coordination between the CFTC and the SEC in the derivatives space and the ongoing friction between SEC and DOL on a fiduciary standard. “The FSOC’s jurisdiction is not just limited to Dodd-Frank rulemaking, Bentsen says. “In that sense, FSOC should be more engaged in the coordinating process going forward.”