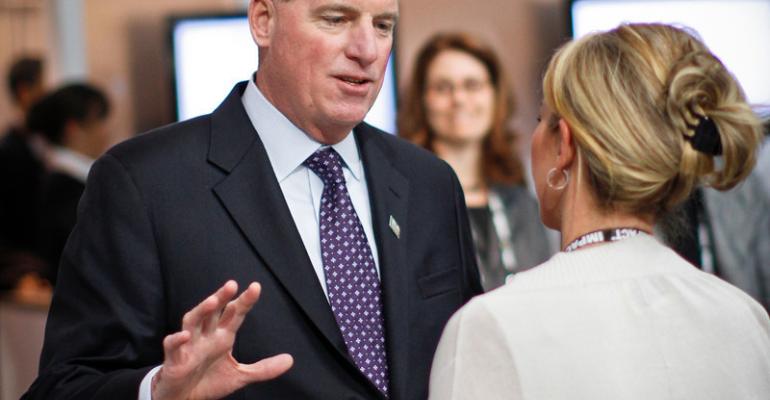 At Schwab's Annual Conference IMPACT: If You Are an RIA, the Wirehouses Are Coming for You

Bernie Clark, executive vice president of Charles Schwab & Co. and head of Schwab Advisor Services has a message for you registered investment advisors: They are coming after you.

Who is "they?" Wirehouse-based financial advisors. In his keynote address officially launching the annual conference, called IMPACT, Clark said that 90% of new money gathered by Morgan Stanley FAs went into fee-based advisory accounts. As if anyone needed a reminder that the trend to fee-based advice was in full throttle, this was an unusually powerful reminder. (Clark did not say during which time period he was referring to.)

In short, the financial advisory business is RIA-like. If you ask any wirehouse, they will tell you that substantially all of their FAs are dually licensed. So, RIAs should not be surprised, although the sheer volume of fee-based advisory assets at Morgan is still impressive.

The number of attendees here at the IMPACT conference seems large (am still waiting on RIA attendance, but Schwab (NYSE: SCHW)sources say the attendees, including vendors, is about 4,000) and the exhibit hall with the asset managers and other vendors is about as big as I have ever seen at any conference.

Scott Slater, managing director of business consulting for Schwab Advisor services told me that growth is the major issue affecting Schwab RIA clients. Schwab now has about 7,000 advisor firms and the most nettlesome issue is how to manage growth. "Adding employees can be exponentially more difficult" than it would seem. In sum, adding, say, 10 employees can create problems that are "exponential" in difficulty, not just a simple increase in management needs.

Another question he poses to growing firms that were born by the hard work of one FA years earlier: "Are you willing to step out of the way to let your people run the practice?"