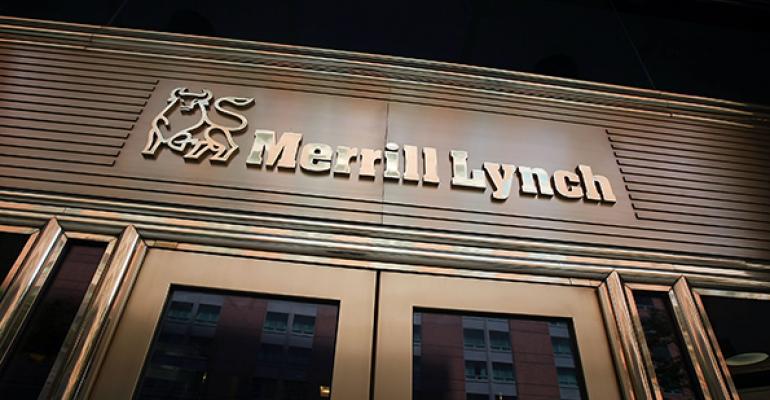 With fees often disclosed in obscure language, buried in fine print and rarely revealed as a sum total cost to the client, many investors don't know how much money they are spending over the lifetime of their portfolio on investment advice and management.

Online advisory firm Personal Capital examined anonymous data from 155,924 of its users to investigate the true client costs from both advisory and fund-related fees across 11 brokerage firms. The data showed TD Ameritrade had the highest average advisory fees at 1.53 percent, but among the lowest asset management fees on its mutual funds and ETFs (0.21 percent). The biggest offender was Merrill Lynch, who had the highest average expense ratios on mutual funds and ETFs (0.68 percent) and the third highest average advisory fee (1.3 percent) for an average total fee to the client of 1.98 percent. According to the report, that would cost the average $500,000 account $936,390 in fees over 30 years of investing, assuming annual returns of 7 percent and fees that remained consistent over that time frame. 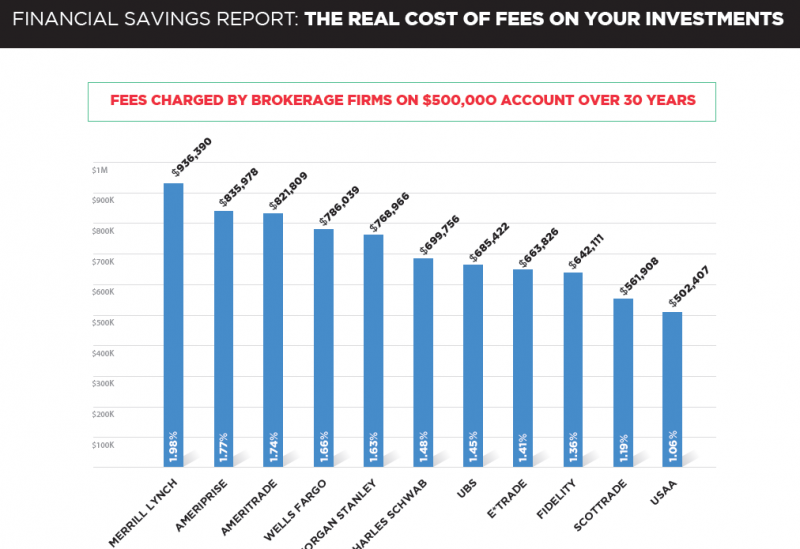 "The seemingly trivial cost of fees, compounded over decades, adds up to astounding losses for retirement savers,” Bill Harris, the founder and CEO of Personal Capital, said in a statement.

Harris said the report supports the Department of Labor’s recent fiduciary proposal by demonstrating just how high the cost of investment management is for many clients. He added that transparency helps investors make better-informed decisions about investment recommendations and to know whether or not an advisor is acting in their best interest.

“Investment fees can no longer be justified as a cost of doing business, and brokerages can’t get away with simply hiding fees in fine print,” Harris said. “It’s time to create a new normal in the cost of investing, a cost that is in line with the actual value created by a financial institution.”

Of course, one of Personal Capital’s selling points is that it uses digital technology to automate much of the investing process to drive down fees, so the company has vest interest in calling out other brokerages. In the report, Personal Capital said it’s own total fees - advisory and fund management - are 0.99 percent, which would cost a $500,000 portfolio an estimated $467,581 dollars in fees over 30 years.