/sites/all/themes/penton_subtheme_wealthmanagement/images/logos/footer.png
Recent
Recent
BofA Revamps Wealth Management Product Teams Under Sieg and Knox
Jan 21, 2022
Eight Must Reads for the CRE Industry Today (Jan. 21, 2022)
Jan 20, 2022
CFP Board Announces New Commission to Adjudicate Appeals
Jan 20, 2022
The New 3-Legged Stool for Success
Jan 20, 2022
Featured
The 10 Best and 10 Worst States in Which to Retire in 2021
Jul 15, 2021
Poll: 15 Classic Books on Investing and the Markets
Apr 03, 2020
25 U.S. Markets Adding the Most Multifamily Units This Year
Feb 03, 2021
Fifteen Must-Listen Business Podcasts for Advisors
Aug 14, 2020
Due Diligence
brought to you by 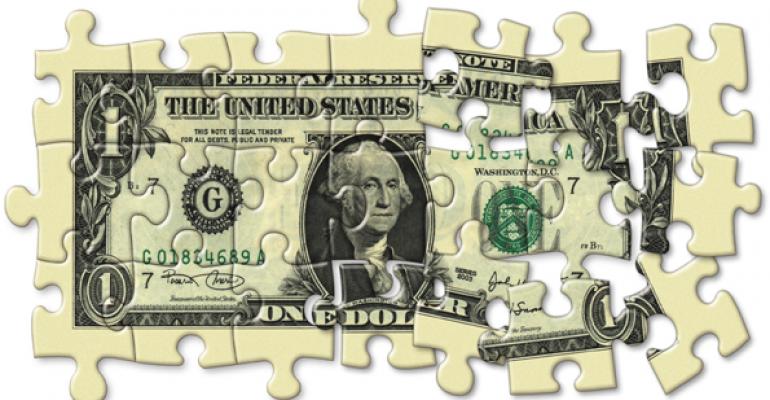 Wall street corner-office advisors are taking home quite a bit less these days than they were in the late 90s and early 2000s, and if you cut out recruiting and retention bonus money, they earn just a few shekels more than your average top RIA advisor, according to new research published Monday by Jeff Spears, co-founder and CEO of Sanctuary Wealth Services. Yes, that’s a lot to cut out—amortized over time, bonuses still represent nearly half of the annual pay pocketed by your average top wirehouse broker. And yes, Sanctuary is an RIA firm, so you would be forgiven for worrying that Spears is biased.

When he went back to the wirehouse brokers he interviewed to relay his results, they were uniformly aghast with disbelief. “The corner-office brokers had a very low opinion of the independent RIA,” says Spears. “The corner-office broker views the independent wealth manager or RIA as a financial planner or an accountant, dealing with more mass affluent clients than they do. So that was their common response when I went back to these people who were so kind to participate in this. They said, ‘you’re kidding me.’”

Spears based his calculations on individual interviews with 60 brokers who have average production of $3.67 million and 25 RIAs with average assets under administration of$533 million. That’s about as close to “apples and apples” as he could get.

“The decline in comp for stocks, bonds and IPOs is due to decimalization, clients’ unwillingness to pay for research and a falling off the cliff of IPO issuance,” says Spears.

While the bonus money can’t be ignored, Spears predicts the narrowing gap between headline compensation for brokers and RIAs is going to push more brokers to go the independent route. “If you’re base pay is trending down to parity with what an independent advisor makes, should I be willing to sell my soul for this recruiting bonus? The brokers felt very strongly that because of client feedback, they weren’t going to be unable to generate much compensation going forward from the latest and greatest product from Wall Street, and I think that that was one of the real aha moments in the research for me. That this is client-driven.”

Jeff Spears, co-founder and CEO of Sanctuary Wealth Services, has 25 years of experience in wealth management and spent many of those years Bank of America Private Bank.