/sites/all/themes/penton_subtheme_wealthmanagement/images/logos/footer.png
Recent
Recent
Apollo Makes $1 Billion Bet on Indian Property With Lending Plan
May 16, 2022
McDonald’s Quits Russia as Country’s Isolation Increases
May 16, 2022
5 Simple Tips To Becoming a LinkedIn Pro
May 13, 2022
Growth by Design
May 13, 2022
Featured
The 10 Best and 10 Worst States in Which to Retire in 2021
Jul 15, 2021
Poll: 15 Classic Books on Investing and the Markets
Apr 03, 2020
Fifteen Must-Listen Business Podcasts for Advisors
Aug 14, 2020
Celebrity Estates: Jay Leno and Planning for Classic Car Collections
Feb 22, 2022
Intelligent Advisor
brought to you by 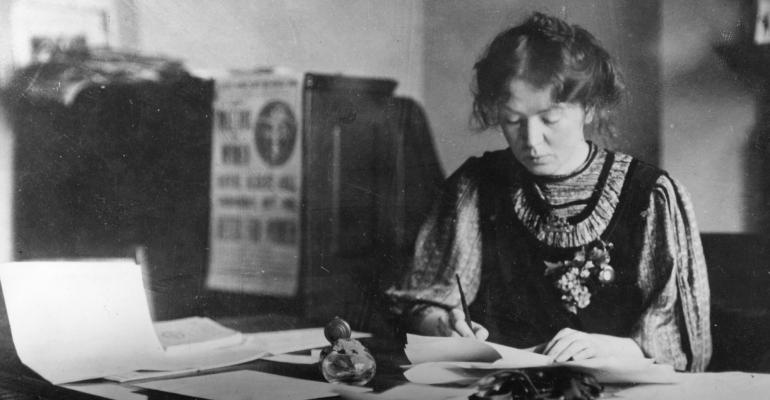 Number of Women Advisors on the Rise, Especially at Banks

The number of women in financial services is growing, but banks are leading the way. According to data provided by Cerulli Associates, women now represent 11.5 percent of all financial advisors, up from the 7.9 percent the firm reported in 2012.

Some of the recent increase can be attributed to the focus on women advisors. In recent years, there have been a lot of broker/dealers who have focused on diversifying their advisor force, concentrating specifically on women advisors, says Bing Waldert, director at Cerulli Associates. He highlighted Raymond James as an example of one firm that has really focused on increasing the number of women advisors, going as far as specialized networks and conferences.

But it’s the bank channel has the highest concentration of women (33.3 percent), almost double the concentration found in the wirehouses (15.4 percent) and independent broker/dealers (15.6 percent).

“We see the bank channel as one of the places where new advisors will start their career,” Waldert says. “Because the industry has been so male dominated, we'd attribute the high percentage of women to new advisors entering the industry.”

“Women tend to be more risk averse than their male counterparts,” says Mindy Diamond, head of recruiting firm Diamond & Associates and a member of the CFP Board’s Women's Initiative. “So the bank channel is likely a place where a woman advisor would feel more secure—she would have access to a warm lead source via referrals from bankers.

Diamond also points out that some bank models, like at the private banks, utilize salary and bonus compensation structures, which provides a sense of security. Bank brokerages are more team-based and collaborative, which also would likely appeal to women more.