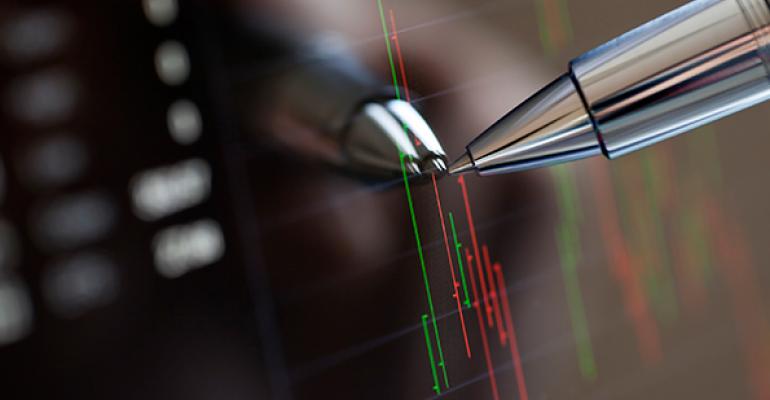 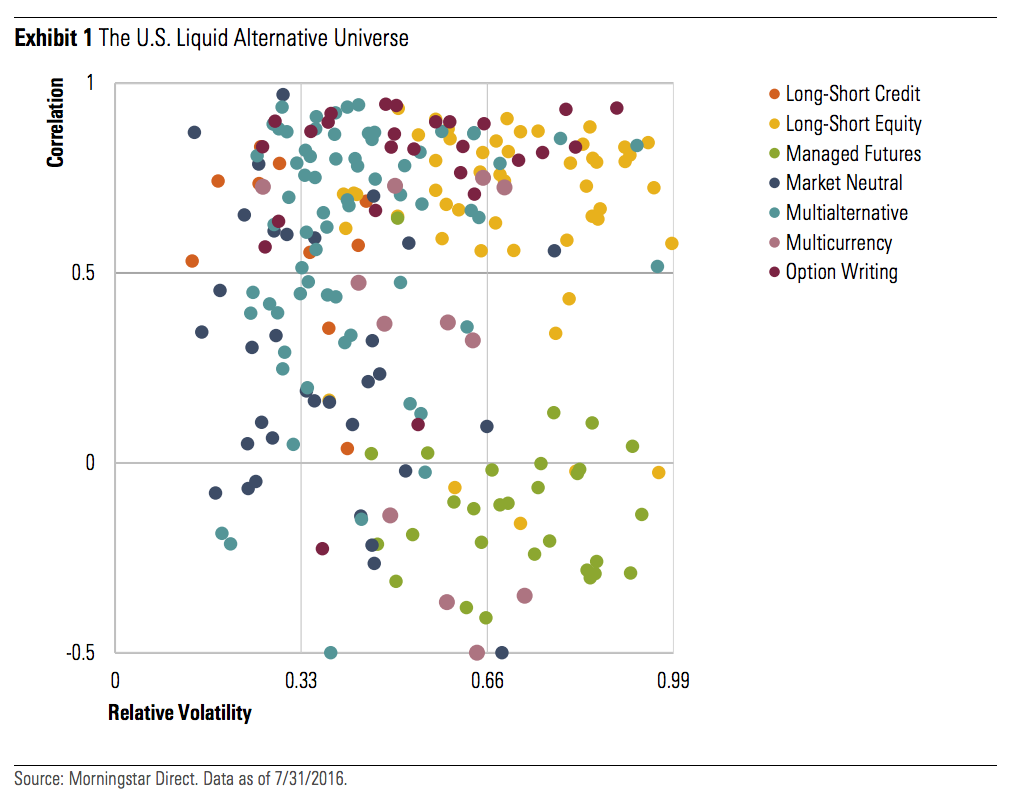 For years, analysts have struggled to evaluate alternative mutual funds, as these funds have had varying degrees of success in delivering diversification and low volatility in a portfolio. That’s why Morningstar is launching a new style box for alternative funds. The style box is a representation of a fund’s correlation and volatility relative to global equities; it’s meant to show whether a fund has matched its stated diversification goals. Strategies are plotted on the style box based on historical performance characteristics; the higher a fund is along the vertical axis, the higher its correlation to equities during that period of time. The further a fund is to the right of the box along the horizontal axis, the higher the volatility relative to equities. “Achieving such diversification is critical for alternative funds: If they are offering only returns derived from beta (market) exposures, then investors are better off sticking with traditional investments, which will likely be much less expensive,” writes Jason Kephart, an analyst covering alternative strategies on Morningstar’s manager research team.

If Donald Trump becomes President of the United States, he will repeal the DOL's fiduciary rule, according to Trump advisor and Skybridge Capital Managing Partner Anthony Scaramucci. Investopedia reports that Scaramucci said at the Securities Enforcement Forum in Washington that the rule is a prime example of the government overstepping its bounds. “We're going to repeal it. It could be the dumbest decision to come out of the U.S. government in the last 50 to 60 years. It's about like the Dred Scott decision,” he said. The Trump campaign has not officially commented on a possible repeal of the fiduciary rule, but the candidate has publicly stated that he plans to roll back many rules if elected.

A new two-way integration between Envestnet Tamarac and MoneyGuidePro brings goals-based reporting into Tamarac’s Advisor View application and client portal. Advisors can view household data from Advisor View in MoneyGuidePro, and vice versa, as well as add a tile to the client dashboard to let clients see data from MoneyGuidePro on their progression towards financial goals. The update is a part of Tamarac’s October technology release, which also included updates to capabilities within Advisor View, Advisor CRM, and Advisor Rebalancing. Stuart DePina, the president of Envestnet Tamarac, said the update gives advisors greater flexibility with the technology and improves the client experience, thereby adding value to the relationship with their advisor.