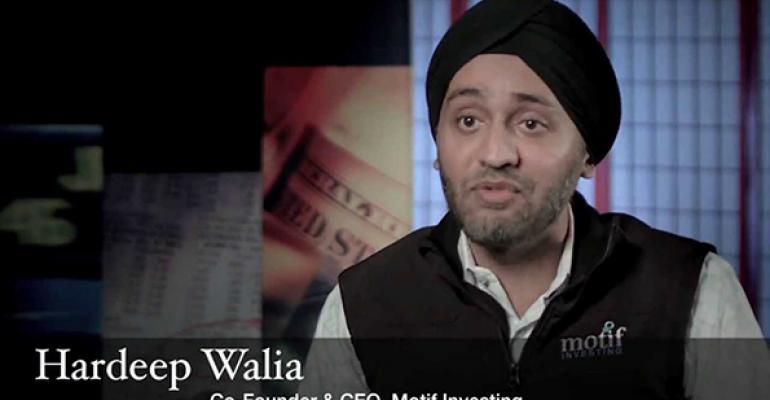 The Most Innovative in Personal Finance

Fast Company magazine has released its list of the most innovative companies in a variety of industries, with the likes of Motif, Riskalyze, Addepar, Charles Schwab and Learnvest among the top 10 in personal finance. According to the magazine, the companies were chosen for having progressive, nimble business models with an ethos of sustainability and a culture of creativity. Addepar CEO Eric Poirier said: "This massive industry is still powered primarily by people with spreadsheets and other decades-old tools, making it impossible to keep current in this increasingly complex and rapidly evolving world. Addepar delivers purpose-built technology complemented by investment and data expertise so that the modern investor and advisor can make confident, data-driven decisions and communicate precisely and effortlessly."

When it comes to investing, would you rather be: Derek Jeter or Barry Bonds? Richard Bernstein of Richard Bernstein Advisors uses the two baseball legends as examples of disparate investing technologies. Jeter, the singles hitter, makes a series of successful, solid investments, whereas Bonds, the homerun hitter, strikes out as much if not more than he gets a hit. "If one accepts that investment home runs are difficult to achieve with any consistency, then risk-adjusted returns become a critical component of longer-term investment success," Bernstein writes. "Of course, there is a place in a portfolio for a homerun hitter, but the entire investment plan should not be based on homerun swings."