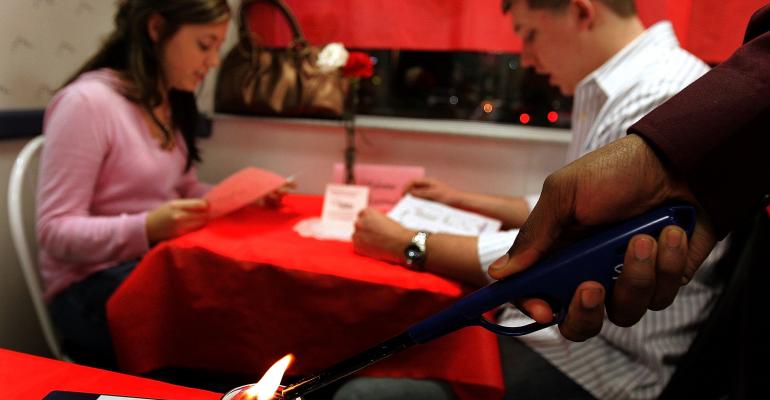 Millennial couples love to talk about money, says TD Bank's Love & Money survey. Almost three-quarters of millennials in a romantic relationship say they discuss finances with their partner on a weekly basis, while an additional 19 percent indicate these conversations happen at least once a month. And this is a good thing, says Ryan Bailey, head of Consumer Deposits, Payments and Personal Lending at TD Bank. "Establishing a healthy dialogue about finances can help couples get on the same page from the start and result in happier relationships in the long run." Which is why it's not a good idea to keep a financial secret from your significant other, especially if they are a millennial. Compared to other generational groups, millennials are twice as likely to break up with their partners if a financial secret is discovered. The kicker? Millennials are also twice as likely to keep a financial secret.

Gender Lens Investing on the Rise

A growing number of investors are thinking about social and environmental impact when investing their money. One slice of the market, Gender Lens Investing, is picking up, according to a new analysis by Veris Wealth Partners and Women Effect, an online curated community that brings together GLI stakeholders. Gender Lens Investing uses gender as a category of analysis when making investment decisions; assets in this space have grown five-fold since 2014 to $561 million. The groups attribute the growth to the increase in investment products with a gender tilt, as well as increased demand from investors. In September 2014, there were nine equity and debt products in the space; now there are 15. "With more investment vehicles, Gender Lens Investing will grow more, and that will be good for women and girls in the U.S. and abroad," said Patricia Farrar-Rivas, CEO of Veris Wealth Partners.

Stifel Financial Corp. announced Tuesday morning that it had acquired 100 percent of the equity interests in City Financial Corp. and its subsidiary City Securities Corp., according to MarketWatch. Terms were not disclosed, and the deal is expected to close in the first quarter of 2017. Two other City Financial subsidiaries, City Securities Insurance and City Real Estate Advisors, were not included in the transaction. Based in Indianapolis, City Securities Corp. was established in 1924 and has grown to include 40 private client advisors in eight offices across Indiana, managing $4 billion in assets. "City Securities has been a market leader in Indiana for decades, and we believe our partnership with Stifel Financial Corp. will enhance our position in increasingly competitive markets," City Financial CEO Mike Bosway said in a statement. "We are excited about the opportunities that this transaction will provide to our clients as Stifel provides City Securities the resources to elevate our wealth advisory and public finance platforms."