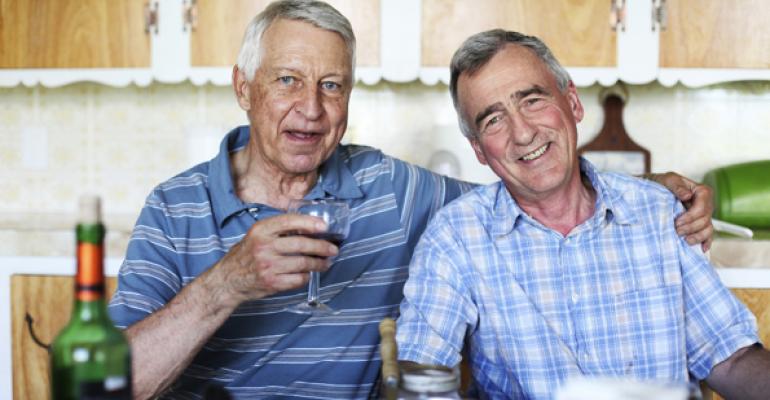 Wealthy LGBT investors take a more conservative approach to investing and are less diversified than non-LGBT investors, according to a new study by Spectrem Group. LGBT investors have 15 percent of their assets in stocks and bonds and 13 percent in mutual funds, versus 19 percent and 16 p 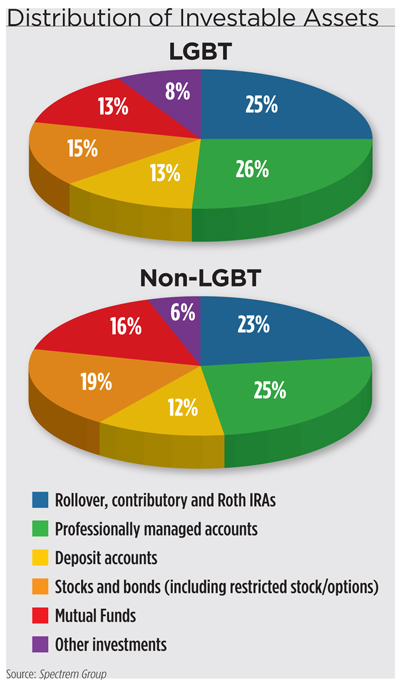 Tom Wynn, director of affluent research at Spectrem, attributes the difference to the fact that LGBT investors have less confidence in their investment knowledge. Only 20 percent of ultra-high-net-worth LGBT respondents said they were very knowledgeable about financial products and investments, compared to 40 percent of those in the non-LGBT community.

“As knowledge increases, we find that acceptance of things like equities and even alternatives—like hedge funds—seems to go up,” Wynn said.

The study also found that LGBT investors have fewer investable assets (47 percent vs. 60 percent for non-LGBT respondents). Their principal residence accounts for 17 percent of LGBT’s overall assets, while non-LGBT households only account for 14 percent of their assets.

But that could be due to their age; the LGBT community tends to be younger in this survey, Wynn said. As they get older, the portion of their investable assets will increase, while their principal residence accounts for less.

At the same time, LGBT investors feel their legal and advising needs are not well understood. Only about a third believe their advisor understands the unique situations of the LGBT community, and only 21 percent said financial firms are doing a good job of meeting LGBT needs.

“Despite the lack of understanding, they seem to be pleased, which I think is a positive sign for advisors that they’re trying to reach out to this group of investors and trying to help them through the legal minefields of what needs to happen,” Wynn said.

LGBT investors want advisors who understand the legal ramifications of their situation, he added.

“I think the real test is going to be over the next couple of years, that as we’ve had some definition of some of these legal situations, advisors need to get up to speed and understand those things or otherwise the LGBT community is going to not have the favorable response that they’ve had in the past towards their advisors.”