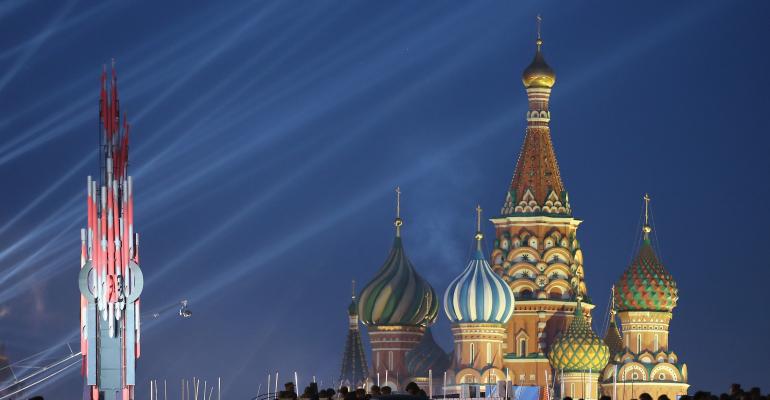 The Largest Wealth Gap in the World

Russia is the country with the highest wealth inequality in the world, according to a new report by New World Wealth. The report found that 62 percent of Russia's wealth is held by millionaires and 26 percent of its wealth is held by billionaires, leaving little space for for a meaningful middle class, according to the report. In contrast, the United States is considered "surprisingly equal" with one-third of its total wealth held by millionaires, CNBC reports. Japan was considered the most equal country, with millionaires controlling 22 percent of total wealth. The U.S. was also ranked eighth in the world in average wealth per person, at $151,000. Monaco was No. 1, with more than 5 percent of its 40,000 residents worth over $10 million.

Luxury real estate in New York has, for the past several years, been one of the safest investment bets a wealthy person could make. High net worth individuals from all over the globe like to use New York real estate as a safe, dollar-based hedge against volatility in their homeland. Those halcyon days may be coming to an end however, according to the Financial Times. Since last September, the prices of top-end real estate in the city have dropped about 5–7 percent. Developers are quick to point the finger at a variety of scapegoats, from a slowing inflow of international funds to those dastardly regulators; basically any excuse for the slowdown, except admitting that, just maybe, “The rent is too damn high.”

Centier Bank, the largest privately owned bank in Indiana, has rebranded its wealth management division, NWITimes.com reports. Now referred to as Centier Financial Partners, the department focuses on retirement, trust and investment products for clients. While the 121-year-old bank has offered wealth management services for more than 50 years, banks across the nation have been putting a greater focus on these departments in hopes of boosting income. Since the financial crisis, banks have struggled with boosting their net interest margins and growing profits beyond lending. Last year, Centier Bank, with $3.2 billion in assets, earned a profit of more than $32 million among its 53 statewide branches.