/sites/all/themes/penton_subtheme_wealthmanagement/images/logos/footer.png
Recent
Recent
Texas REIT Managers Charged with Plot to Cheat Banks, Investors
Oct 21, 2021
How Goals Impact Our Attitude
Oct 21, 2021
Michael Kitces' #FASuccess Podcast: Jessica Hovis Smith on Creating Buy-In at an Employee-Owned Advisory Firm
Oct 21, 2021
Mindy Diamond on Independence: Why a UBS Breakaway Left a Deal Behind for Independence with Summit Financial
Oct 21, 2021
Featured
The 10 Best and 10 Worst States in Which to Retire in 2021
Jul 15, 2021
Poll: 15 Classic Books on Investing and the Markets
Apr 03, 2020
25 U.S. Markets Adding the Most Multifamily Units This Year
Feb 03, 2021
Fifteen Must-Listen Business Podcasts for Advisors
Aug 14, 2020
The Daily Brief
brought to you by 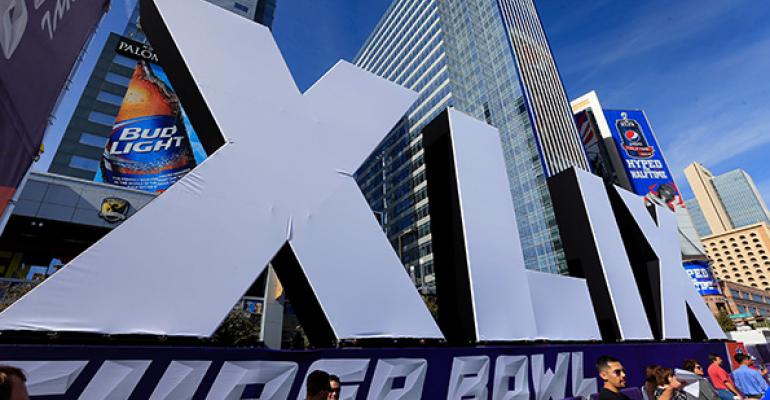 It Costs How Much to Attend the Super Bowl?

Want to go to the Super Bowl? Be ready to shell out between $5,000 and $35,000, depending on just how high-end of an experience you want. According to this Reuters article, the average price for a ticket resold on StubHub (as of last week) was $3,046, while prices on the site ranged from $937-$11,500. But that's just the ticket alone. At last year's Super Bowl at MetLife Stadium in New Jersey, attendees to the game spent an average of $141.75 each on food, drink and merchandise. This year, deals can be had for $8,000 that included tickets, lodging, shuttles and tailgate parties for two. Flight to Phoenix not included. Or, Magellan Jets is offering tickets for two, a round-trip flight, access to celebrity parties and more for only $35,000.

Everyone wants the same things in retirement. 1. To be able to life comfortably off their money for as long as the live; and 2. For it to be as easy, painless and thoughtless as possible. With this in mind, Andy Landis, the founder of Thinking Retirement, put together the "ultimate retirement checklist," which included lifetime payouts, family support, 100 percent company match, and more. However, upon further review, Landis said a retirement plan like this already exists: It's called Social Security. "OK, it doesn't pay a ton; nobody gets rich on Social Security. But it is the largest source of retirement income — far bigger than pensions or investments — and it doesn't penalize you for saving more on your own," Landis writes.

What apps are on your smartphone? And no, Facebook, Waze and Angry Birds don't count. We're talking about apps that, like it or not, let your clients do some stock trading and portfolio monitoring all on their own. Morgan Quinn of GoBankingRates.com lists 10 apps like that, including Acorns, SigFig, Stock Market Simulator, Bloomberg, Yahoo Finance, and more.

Having more money doesn't make people happier, but it does decrease sadness, according to a recent study by researchers at the University of British Columbia and Michigan State University. Is there a difference? The researchers found that when bad things happen, having money tends to cushion the blow. "Having more money provides more options for dealing with adversity,” explain authors Elizabeth Dunn, Kostadin Kushlev, and Richard Lucas. “Wealthier people may feel a greater sense of control than poorer people when difficult situations arise.”