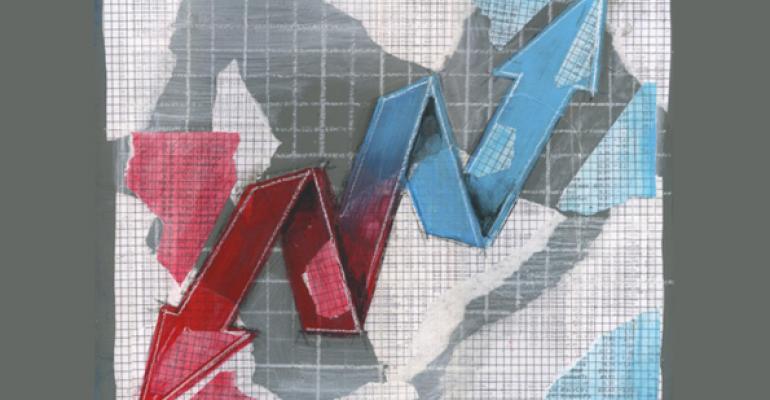 More advisors are investing in exchange traded funds and cash than they were eight years ago, while variable and fixed annuities are becoming less popular.

The Financial Planning Association’s 2014 Trends in Investing Survey found that nearly eight out of 10 advisors are using or recommending ETFs with clients, compared to 40 percent in 2006. About the same number of advisors (79 percent) are using cash or cash equivalents with their clients, up from 76 percent in 2012 and 53 percent in 2006.

Meanwhile, advisors are backing away from annuities, with 41 percent currently using or recommending variable annuities, down from 58 percent in 2006 and 2008. Only 29 percent are using fixed annuities, compared to 49 percent in 2010.

“Perhaps advisors are responding to consumers' demand for lower cost investments that allow them to be more nimble in their investment approach,” said Valerie Porter, director of the FPA Research and Practice Institute. “And I think it's safe to say everyone values cash a little more since last decade's market collapse.”

The survey of 288 advisors of various backgrounds also found that 39 percent of advisors plan to increase their use of ETFs over the next year. 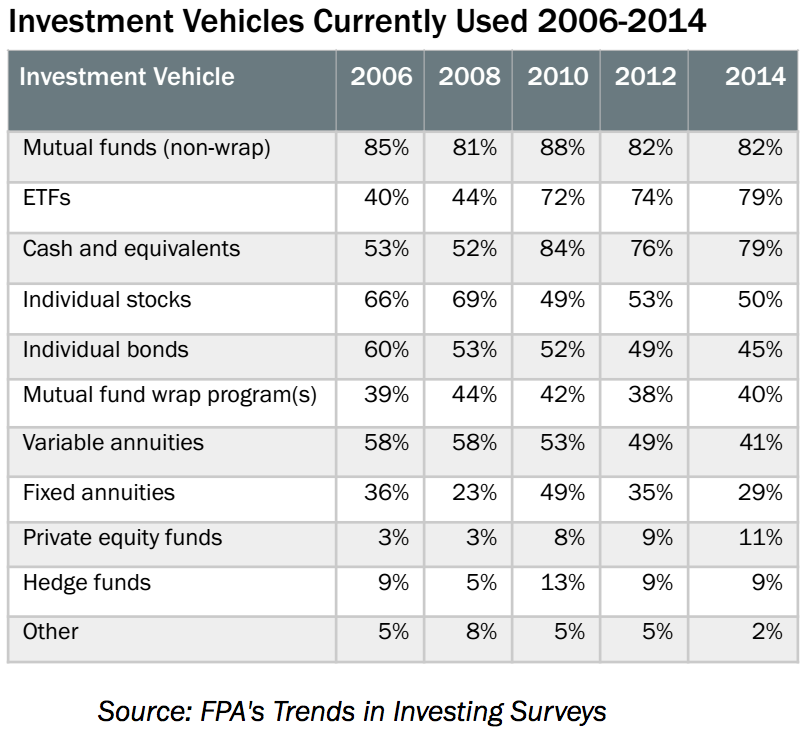