https://www.wealthmanagement.com/sites/wealthmanagement.com/files/logos/Wealth-Management-Logo-white.png
Recent
Recent
Nine Must Reads for CRE Investors Today (Jan. 27, 2022)
Jan 26, 2023
Lacking Property Sales Data, Appraisers Look to Other Marketplace Drivers to Value Assets
Jan 26, 2023
The Healthy Advisor: Beating the Odds and a Fresh Perspective on Life With Robert Steinberg
Jan 26, 2023
The Price Is Right for Morgan Stanley Bankers’ WhatsApp Lapses
Jan 26, 2023
Blackstone Gets Extra $500 Million From University of California
Jan 26, 2023
Featured
The 10 Biggest Tax Crooks of 2022
Jan 23, 2023
The 12 Best Business Books of 2022 for Advisors
Nov 23, 2022
The Most-Revealing Onboarding Questions Advisors Ask
Jan 09, 2023
How Well Do You Remember 2019?
Jan 03, 2023
Intelligent Advisor
brought to you by 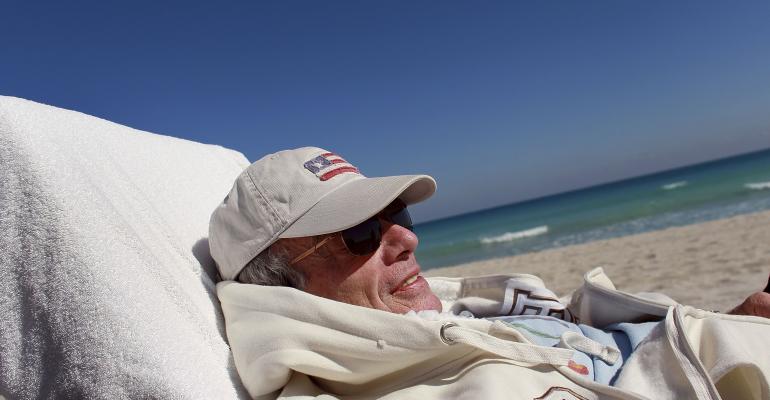 Ever think about leaving the smartphone, tablet and laptop at home while on vacation? Apparently, the richer a person is, the harder that is to do.

What does this mean for advisors? For one, they may have to be on call much more for their wealthier clients. A third of investors with over $5 million in assets say they always check their work email and voicemails when on vacation, according to a recent Millionaire’s Corner Investor Pulse. About 15 percent say they sometimes check their messages, while only 3 percent say they never check them.

But why are the wealthiest individuals checking in? Over half of those with $5 million or more in assets say “I check it because it keeps me up-to-date with what is going on at work.” Only 8 percent say it's because their job requires it.

And that work ethic extends to others, the survey found. While over half of these high-net-worth investors believe it’s up to the employee to decide if they want to check emails and messages at home, a third felt it should be considered part of the job requirements for salaried positions.