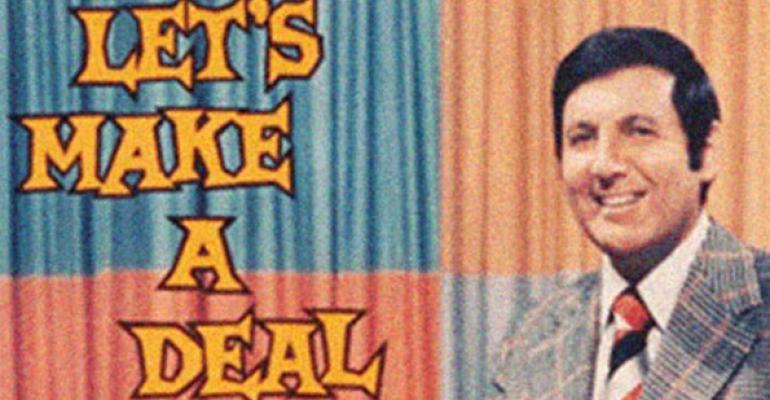 Half of RIAs Looking to Make a Deal

About half of RIAs are looking to make at least one acquisition this year, with succession planning and scalability acting as the biggest drivers.

Almost 53 percent of RIAs are making or considering making an acquisition, according to a June flash survey of almost 200 of TD Ameritrade Institutional’s top-tier RIA advisors. Of the advisors looking to make a deal, 43 percent say they’re only interested in picking up one firm. 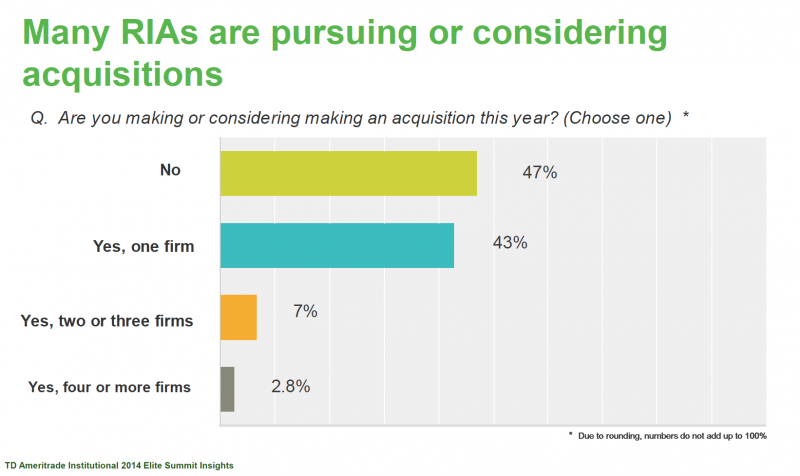 Succession planning is the most significant industry trend driving consolidation, according to 54 percent of respondents, while one in three advisors say the need for scalability is the biggest factor.

But for firms that are at the top of their game, there’s less of a push to sell or merge, with 68 percent of the survey’s respondents saying they weren’t considering this step. 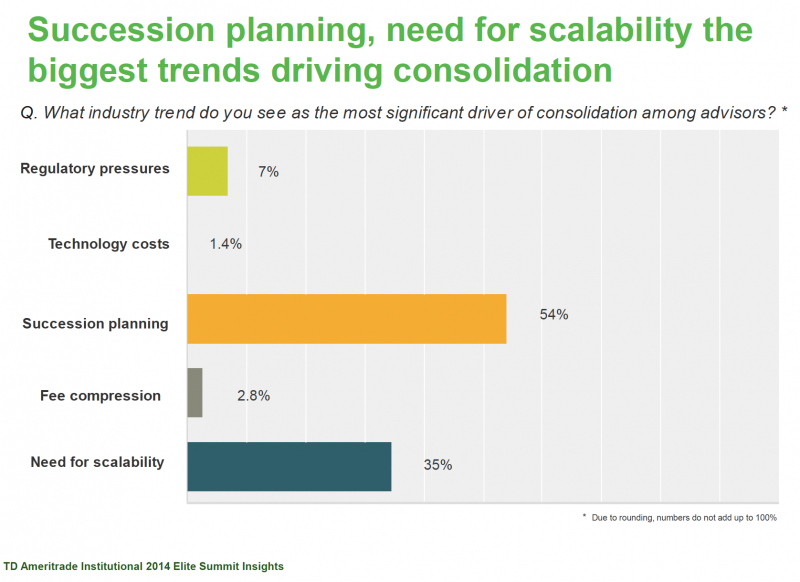 Advisors didn’t show an overwhelming interest in tuck-ins either. Only 8 percent of advisors are actively planning to “tuck in” teams of advisors from brokerages over the next 8 months. About 46 percent said they were considering it, but the same percentage said they were not interested.