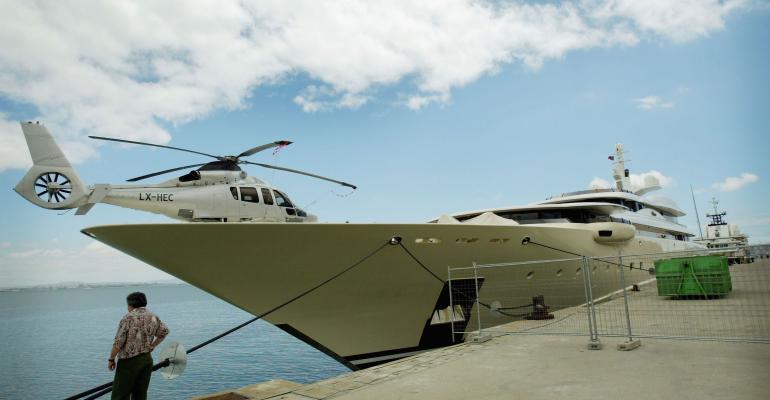 The rate at which global financial assets increased in 2015 slowed to 4.9 percent, nearly half of the rate of the previous three years, according to the seventh edition of the Allianz Global Wealth Report. The growth rate was slightly faster than global GDP growth, but severely lagged the 9 percent rate seen in the past. Debt, however, continued to manifest itself at the same rate—4.5 percent—as in 2014, according the report. Global household debt now stands at $43.1 trillion. The majority of the debt growth was seen in Asia, where the overall private debt ratios in countries like South Korea and Malaysia have reached levels not seen in the U.S., Ireland or Spain since the height of the housing bubble that led to the financial crisis. In North America and Europe, debt growth lagged behind the rate of GDP growth for the sixth year running, according to the report.

The Power of Gratitude

Advisors who thank their clients tend to have higher job satisfaction and assets under management, according to a new report by Janus Capital Group. Of the some 300 financial advisors surveyed by Janus, about half say they have a systematic approach to expressing gratitude with clients. Of those, 57 percent strongly agree that they are highly satisfied with their careers, versus only 37 percent of those who take an ad hoc approach to giving thanks. About half of advisors with a systematic approach strongly agree that they regularly receive referrals from clients, versus just 28 percent of the ad hoc advisors. They also tend to be larger; those with a systematic approach report average AUM of $146 million, versus $116 million for the others. So how do these advisors go about expressing gratitude? Those with a systematic approach go beyond verbal acknowledgement, with 57 percent using written notes, 43 percent putting on client appreciation events and 42 percent sending gifts.

There is a new Reddit thread that has gone viral in the past 24 hours. The thread asks the simple question, "What's the most obscene display of private wealth you've ever witnessed?" Among the responses: "Family I knew bought the $3 million house next door so they could knock it down for a tennis court" and "Guy from my town bought a helicopter. He had fallen out with his neighbor so decided to call his pilot at 4am and hover over his neighbor's house all night to annoy him [sic]." There were also posts about a college student from Singapore having her family wire her money that she used to buy a Lamborghini and hire a chauffeur, as well as a Hollywood producer who kept a Picasso in the parking garage.