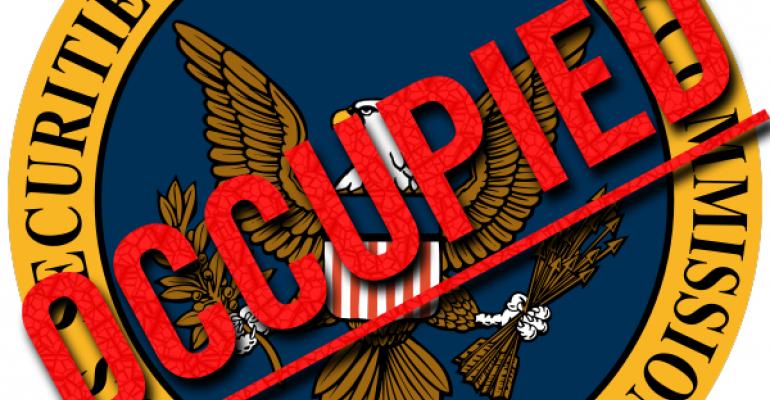 From the start, Occupy Wall Street critics have accused the movement of failing to focus on a specific set of demands and failing to engage in the usual political channels. But as the movement faded from view over the winter, working up to its May Day return to the streets, at least one offshoot bloomed that is doing both with a kind of needle-like focus and a whole lot of wonkery.  Another is skipping the demands and the political process all together and trying to create what it seeks: an alternative bank.

“Occupy the SEC” the first group calls itself, and it believes the key to real change lies in the regulatory architecture of Wall Street. The second is called Occupy Bank. Both groups are populated by former and current financial services employees: derivatives traders, risk analysts, compliance officers, hedge fund quants, former regulators and community bank executives, as Suzy Khim writes in a story on The Washington Post’s Wonkblog from the end of last week. Those in the Occupy the SEC group hail from Morgan Stanley, Deutsche Bank, Bear Stearns, D.E. Shaw, Merrill Lynch and J.P. Morgan Chase.

“They’re more likely to use a flowchart than protest signs to fight big banks. But they identify with the movement’s animating belief that America’s financial heavyweights wield too much power, and that its political leaders are too eager to do their bidding.”

Occupy the SEC wants to work up enough momentum to challenge well-established and deep-pocketed lobbying efforts in Washington. So far it’s making some progress. Members have spent countless hours poring over Dodd-Frank legislation, with particular attention to the Volcker rule, and a few months ago the group submitted its first official letter on Volcker to the SEC, which clocked in at 325 pages. Members will soon go to Washington to present their thoughts and findings to Washington regulators: the FDIC, Federal Reserve, Office of the Comptroller of the Currency and the SEC. They have already met with Congressional staff, including some Republicans, and in April they will meet with Paul Volcker, Federal Reserve chair. Occupy Bank is trying to design a bank that offers ethically sound products but is also commercially viable. The group is studying credit unions community banks and co-ops for ideas, and has talked to existing banks about setting up under their umbrella to help get their bank up and running.