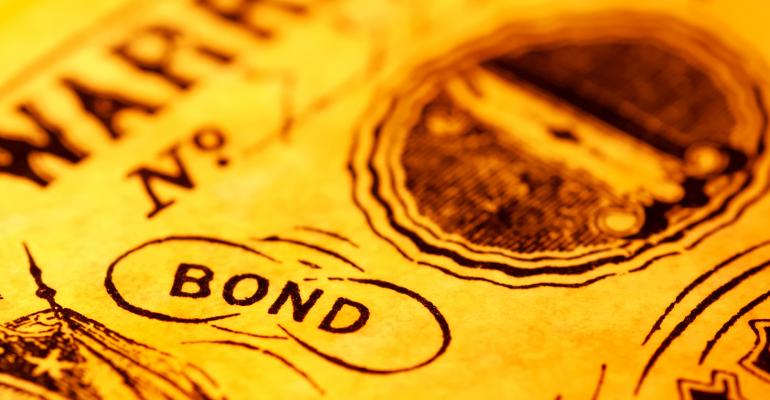 There are emerging risks in the corporate bond market that merit further study, the Financial Industry Regulatory Authority warns. FINRA recently conducted an analysis of Trade Reporting and Compliance Engine transactions from 2003 to September 2015 and found the corporate bond market looks healthy for the most part—with record new issuance, growing volumes and increasing number of trades. But the regulator also found some issues, including the increase in electronic trading in this market, volatility of bond ETFs and problems in the high-yield energy space. “Several measures offer evidence of potentially significant changes in how the market is working, including smaller average trade size and a declining proportion of bonds traded in blocks of $5 million or more,” FINRA said. 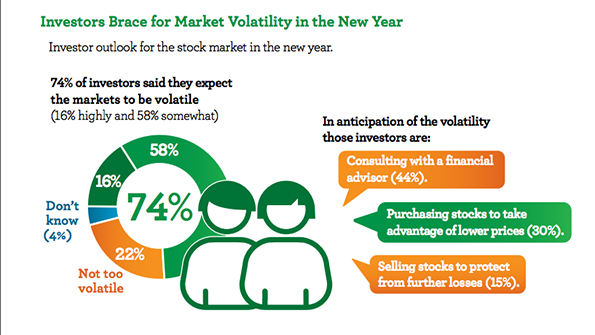 Over two-thirds of investors say they are already bracing for market volatility in 2016. And according to a recent Wells Fargo survey of 1,018 U.S. investors, many say they are seeking out advice. Almost half, 44 percent, say they’re consulting with a financial advisor in anticipation of the volatility. Of those who have an advisor, 78 percent say they generally follow all or most of the advice they receive. “The markets could be in for a bumpy ride, which is why it’s as important as ever for investors to have a strong financial plan that keeps them on track with their goals and risk tolerance,” said Zar Toolan, director of advice quality for Wells Fargo Advisors.

The winners of the 2015 American Financial Technology Awards were announced this week at an event in New York hosted by former NBA star Muggsy Bogues, recognizing excellence in financial technology within the asset management and investment banking communities. Morgan Stanley, the only firm to take home two awards, won for “Best IT Team” and “Best Cross-Asset Trading Initiative." John Marcante of Vanguard Asset Management was awarded best technology executive on the buy side, while Oliver Bussmann of UBS took home the same award for the sell side. A full list of winners can be found here.

How to Create Trust

With a majority of investors admitting to being dissatisfied with their financial advisors, according to Salesforce's 2015 Wealth Management Report, it's time for wealth managers to go back to the basics in building trust with their clients. Jonny Rose writes on CustomerThink.com that advisors need to make sure that their clients are being treated as people, not just portfolios, as well as delivering on their promises. That includes keeping scheduled client meetings, being proactive in contacting them and returning phone calls when contacted.