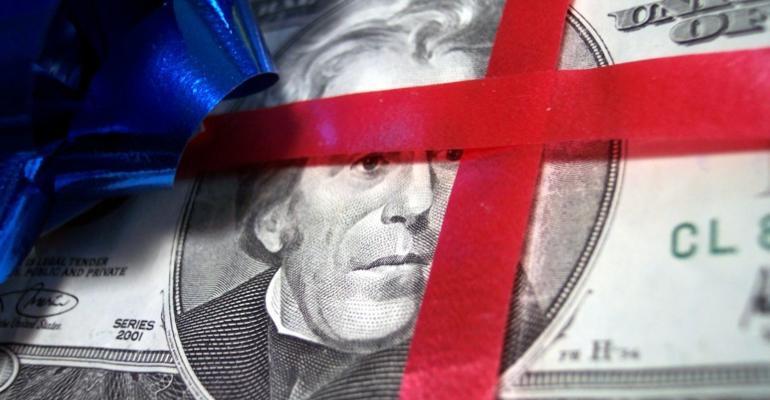 Why a charitable lead trust? With the monthly Internal Revenue Code Section 7520 rates at all-time lows, now is an optimum time for wealthy donors—who want to benefit charity and pass property to family members at little or no gift tax—to create charitable lead trusts. Although there's no income tax charitable deduction for most lead trusts (drafted so that the donor isn’t taxable on the lead payments to the charity), the gift to the family members who will receive the trust assets at the end of the charity’s interest can be structured so that there's considered to be no gift or a small gift for tax purposes.

If  the foundation ceases to exist or is not described in each of IRC Sections 170(b)(1)(A), 170(c), 2055(a) and 2522(a) during the annuity period, the trustee is to distribute the annuity amount to one or more qualified organizations having a similar purpose and in equal or unequal shares among them, as the trustee chooses. The CLAT also provides that Donor shall never exercise the just-described powers of the trustee. No portion of the annuity amount may be prepaid or commuted by the trustee.

At the expiration of the annuity period, the trustee is to distribute the remaining trust assets in equal shares to the trustees of trusts established for Sons One, Two, and Three.

The CLAT provides that if the trustee fails or ceases to serve as the trustee for any reason, then Son One has the power to appoint any individual(s) (including, without limitation, himself, but specifically excluding Donor and Spouse), any corporate trustee or both to serve as sole trustee or co-trustees. If Son One cannot exercise this power, Son Two acquires it. If Son Two cannot exercise this power, Son Three acquires it. Neither the donor nor his spouse shall ever serve as a trustee or hold or exercise any powers of the trustee.

A director who establishes a charitable trust for the benefit of the foundation may not be counted when establishing a quorum to vote on matters relating to the receipt, investment, grant or distribution of, or any other decisions involving, funds received by Foundation.

No committee established by the board of directors, including a standing committee, shall include as a member a director or officer of, or a substantial contributor to, any foundation who has established a charitable trust of which the foundation is a beneficiary.

• The funding of the CLAT will be a completed gift for federal gift tax purposes;

• The donor is entitled to a gift tax charitable deduction under IRC Section 2522 based on the present value of the annuity, determined under Reg.  Section 25.2512-5; and

P.S. For CLATs, be mindful of the generation-skipping tax rules.