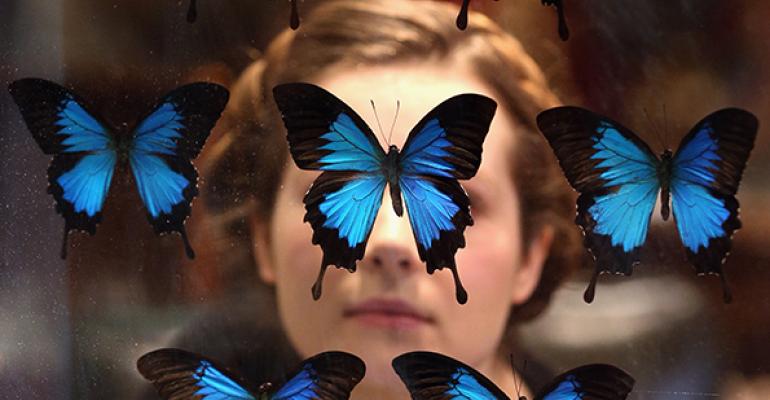 The Butterfly Effect. Can the flap of a butterfly's wings in Brazil set off a tornado in Texas? Of course not. But can the flap be part of an initial condition that leads to other conditions that cause a chain of events eventually leading to a tornado? And suppose 100,000 seagulls also flap their wings. What is their direction of flight? Same direction? All over the place?

Now we’re ready to talk about the behavioral and economic consequences of tax-law changes as predicted by static and dynamic scoring methods.

Static scoring. A change in tax rates reduces or increases government revenue commensurate with the tax. Not a butterfly or seagull in sight.

Dynamic scoring. Proponents say that revenue tends to change in the opposite direction of tax increases or decreases due to the responses of the individuals and businesses affected.

In short. Static scoring traditionalists hold that lower taxes will reduce revenue, while those in the dynamic scoring camp (including former House Ways and Means Chairman Camp and new Chairman Paul Ryan (R-Wis)) say that lower taxes stimulate economic growth; thus they increase and expand the tax base. Revenues can be neutral or even increase.

The Joint Committee on Taxation (JCT) is the scorekeeper. It has five Senate Finance Committee members and five House Ways and Means Committee members. The chairman is Representative Paul Ryan and the vice chairman is Senator Orrin Hatch (R-UT). The staff of the JCT has more economic models and computer programs than the number of Washington lobbyists patrolling the halls of Congress (also known as Gucci Gulch).

The House of Representatives has voted to use dynamic scoring in determining most tax change legislation. The JCT will continue to use static (conventional) scoring. But legislation that qualifies for a dynamic score will have both.

Teitell scoring. The talk of imminent tax reform—even though Congress never does anything about it—stimulates significant economic growth: lobbyists are hired, travel increases, hotel rooms are booked, Washington restaurants flourish, trees are felled to produce paper for position papers. You get the picture.

The House of Representatives passed the America Gives More Act of 2015 (H.R. 644), making permanent the Charitable IRA and enhanced benefits for food and conservation easement donations. Also, the tax rate for a private foundation’s investment income would be one percent.

The Charitable IRA. Although making it permanent, the House bill doesn’t expand the law to provide for IRA transfers to fund life-income charitable gifts.

Five bipartisan tax-reform working groups have been appointed by Senate Finance Committee Chairman Orrin Hatch and ranking member Ron Wyden (D-OR). They are to report to the full committee by May 31 on suggested changes. Legislative language is optional.

Who knows what—if anything—the bipartisan committee will agree on?

Appreciated assets transferred by wealthy taxpayers at death would (with some excludable amounts) be subject to capital gains tax under Mr. Obama’s proposal. This scenario differs from the current step up in basis. It also differs from a carryover basis rule that would subject appreciated assets to tax on an eventual sale by a beneficiary.

No capital gains tax would be imposed on transfers of appreciated assets to charity at death. So, this change could be an ill wind* that blows good for charities. And, avoidance of taxes on capital gains incurred during lifetime can spur outright and life-income charitable gifts.

Your stand. The Charitable IRA legislation shouldn't be on hold! A separate bill should make permanent the expired direct outright transfer from IRAs and expand the law to include transfers for life-income charitable gifts.

*Sir Thomas Beecham, among others, is credited with saying that the French horn is the wind that nobody blows good.

In the 1947 film, The Secret Life of Walter Mitty, Danny Kaye sings that “the oboe it is clearly understood, is an ill wind that no one blows good.” The 1947 film is true to the James Thurber short story by that name and it’s infinitely superior to the 2013 “remake.”