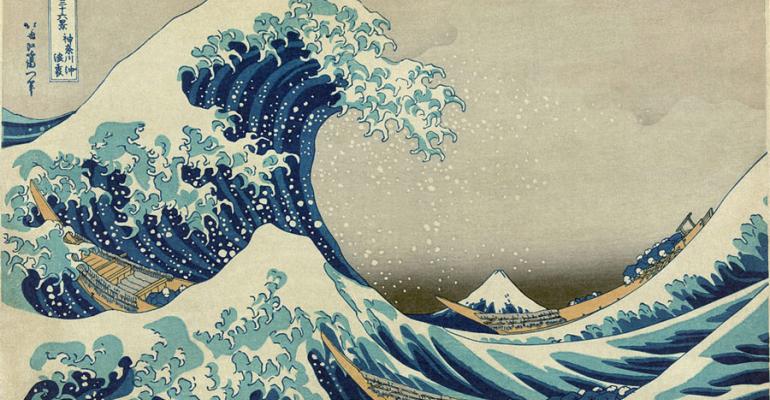 □ I don’t know much about art, but I know what I like.

Attributed to Orson Welles (but likely said by others much earlier)

□ He knows all about art, but he doesn’t know what he likes.

□ He or she knows much or not much about art but, after reading this and next month’s article, will know the tax consequences of charitable contributions.

“Date of delivery” of an artwork and other tangible personal property can be important for a number of reasons: (1) the year of deductibility; (2) the gift’s value; (3) long or short term holding period; and (4) whether the charity has ownership and the gift meets the related use requirements.

The Pension Protection Act of 2006 (PPA ‘06), overriding some earlier case law, clarifies that the charity must take actual (not constructive) possession of the gift.

The date the property is actually (not constructively) received by the charity—together with a “deed of gift” meeting state law requirements for transferring personal property—is the delivery date.

The deductibility rules for appreciated gifts of artworks, antiques, books and other tangible personal property held long-term depend on how the public charity uses the gift. Reg. Section 1.170A-4.

Related-use gifts. When the charity’s use of the property is related to its exempt function (for example, a painting given to an art museum or to a school for its art gallery), the donor can deduct the full present fair market value. Internal Revenue Code Section 170(e)(1)(B)(i).

In the case of a contribution of tangible personal property to or for the use of a museum, if the object donated is of a general type normally retained by such museum or other museums for museum purposes, it will be reasonable for the donor to anticipate, unless he has actual knowledge to the contrary, that the object will not be put to an unrelated use by the donee, whether or not the object is later sold or exchanged by the donee. Reg. Section 1.170A-4(b)(3)(ii)(b).

“De minimis” rule. The regulations say that a charity’s sale of donated property can turn what would otherwise be a related use into an unrelated one. Reg. Section 1.170A-4(b)(3)(i). However, if a collection of tangible personal property is contributed to a charity that sells or otherwise disposes of only an insubstantial portion of the collection, the use is not unrelated.

Unrelated gifts. If the gift is unrelated to the donee’s exempt function (for example, the charity sells the property), the deduction is for cost basis or fair market value, whichever is lower. IRC Section 170(e)(1)(B). In that case, the gift is deductible up to 50 percent of AGI, with a five-year carryover for any “excess.” IRC Sections 170(b)(1)(A) and 170(d)(1).

Caveat. The Internal Revenue Service may claim that, under some circumstances, donor’s art activity is tantamount to being a dealer or that the fair market value of the property is no greater than the property’s cost basis, thus limiting the deduction to the cost basis.

Undivided interests in tangible personal property—background. A gift of an undivided portion of a donor’s entire interest in property is generally deductible. That interest must consist of a fraction (or percentage) of every substantial interest or right owned by the donor and must extend over the entire term of the donor’s interest.

Rights given to donee to qualify the gift as an undivided portion of a donor’s entire interest. The donee is given the right, as a tenant in common owner with the donor, to possession, dominion and control of the property for a portion of each year appropriate to its interest.

Future interests don’t qualify. A charitable deduction isn’t allowable for a gift of a future interest in tangible personal property. That interest is one “in which a donor purports to give tangible personal property to a charitable organization, but has an understanding, arrangement, agreement, etc., whether written or oral, with the charitable organization which has the effect of reserving to, or retaining in, the donor a right to the use, possession, or enjoyment of the property.” Reg. Section 1.170A-5(a)(4).

Undivided interest isn’t a future interest if tests are met. Treasury regulations provide that IRC Section 170(a)(3), which generally denies a deduction for a gift of a future interest in tangible personal property, “[has] no application in respect of a transfer of an undivided present interest in property. For example, a contribution of an undivided one-quarter interest in a painting with respect to which the donee is entitled to possession during three months of each year shall be treated as made upon the receipt by the donee of a formally executed and acknowledged deed of gift. However, the period of initial possession by the donee may not be deferred in time for more than one year.” Reg. Section 1.170A-5(a)(2). Let’s call this the "physical possession" requirement.

For determining the deductible amount of each additional contribution of an interest in the same property, the fair market value of the item is the lesser of:

(1) the fair market value used for purposes of determining the charitable deduction for the initial fractional contribution; or

(2) the fair market value of the item at the time of the additional (and subsequent) contribution. IRC Section 170(o)(2).

Gift and estate tax consequences. As initially enacted, PPA ‘06 applied the same rule for determining the deduction of an additional fractional gift of tangible personal property for gift and estate tax purposes as it did for income tax purposes. However, as the Joint Committee on Taxation noted, the special valuation rule “creates unintended consequences” under the estate and gift tax laws. The Tax Technical Corrections Act of 2007 strikes that rule for estate and gift tax purposes, but retains it for income tax purposes.

10-year-or-earlier-year-death rule. If a donor makes an initial fractional contribution, then fails to contribute all his remaining interest in the property to the same donee before the earlier of 10 years from the initial fractional contribution or the donor’s death, the donor’s income and gift tax charitable deductions for all previous contributions of interests in the item will be recaptured, plus interest. IRC Section 170(o)(3)(A).

If the donee of the initial contribution is no longer in existence. The donor’s remaining interest can be contributed to another organization described in IRC Sections 170(c) and 170(o)(3)(A)(i).

Physical possession requirement—penalties. If the donee of a fractional interest in an item of tangible personal property fails to take physical possession within one year of the initial gift (and within one year of any additional gifts)—for a period equal to the donee’s fractional ownership—the donor’s income and gift tax charitable deductions for all previous contributions of interests in the item will be recaptured, plus interest. Reg. Section 1.170A-5(a)(2).

The related-use requirement—penalties. If the donee doesn’t use the property for a use related to its exempt purpose, the donor’s income and gift tax charitable deductions for all previous contributions in the item will be recaptured, plus interest.

Additional penalty. If deductions are recaptured under the physical possession or related use rules, an additional tax is imposed equal to 10 percent of the amount recaptured.

All interests must be owned by the donor or the donor and the same charitable donee. Income and gift tax charitable deductions aren’t allowable for a contribution of a fractional interest in tangible personal property, unless, immediately before the contribution, all interests in the item are owned: (1) by the donor, or (2) by the donor and the donee charity. IRC Section 170(o)(1)(A). The Treasury is authorized to make exceptions to this rule if all persons who hold an interest in the item make proportional contributions of undivided interests in their respective shares of the item to the donee charity.

Example—Able owns an undivided 40 percent interest in a painting and Baker owns an undivided 60 percent interest in the same painting. The Treasury is authorized to provide that Able may take a deduction for a charitable contribution of less than her entire interest, provided that both Able and Baker make proportional contributions of undivided fractional interests in their respective shares of the painting to the same donee charity. The requirement is met if Able contributes 50 percent of her interest and Baker contributes 50 percent of his interest.

How are fractional-art donations for contemplated gifts after Aug. 17, 2006 affected? Donors who have been considering those gifts—if aware of the rules for post-Aug. 17, 2006 fractional gifts—are likely to reconsider and not make those gifts.

A donor may say: “I’m not going to make any more gifts. I don’t know anything about art, but I know what I like—and don’t like. And I don’t like to be clobbered for my generosity.”

But what about that binding pledge? Suppose the donor who made an initial fractional interest gift on or before Aug. 17, 2006 pledged to give additional fractional interests during his life, by will or both. But, now he doesn’t want to make additional fractional gifts because of the  current rules. It's the duty of the donee’s trustees to see that pledges are fulfilled. And the state attorney general can often get into the act and require that the donee and its trustees enforce pledges. In some cases, the penalties for excess benefits (under the intermediate sanction rules) can come into play if an enforceable pledge isn’t enforced.

To be continued next month when I’ll tell you about the qualified appraisal and substantiation requirements that must be met to qualify for the income tax charitable deduction.