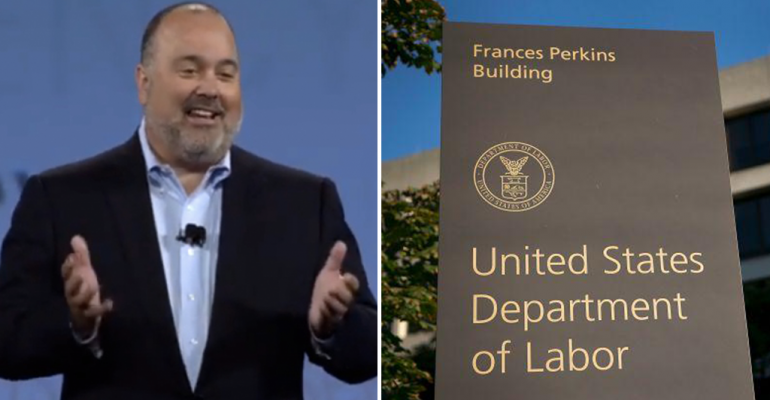 Casady: Better DOL Rule Needs Only 'A Couple' Of Improvements

The head of LPL Financial praised the Department of Labor’s changes in its re-proposed fiduciary rule aimed at financial advisors, saying “just a couple of items to improve from here.”

Mark Casady, LPL Financial’s chairman and CEO, shared on Twitter Thursday the firm was meeting with members of Congress to discuss ways to create a viable fiduciary standard.

@Megan_Leonhardt today was meeting with Congress about DOL who made big improvements since 2011. Just a couple of items to improve from here

The Labor Department's proposed fiduciary rule as it stands now has the potential to impact LPL's gross profit by 2 percent, Casady said during an April earnings call. But he added the impact to the firm's bottom line could be less, due to offsets from other product types that will be used and costs savings.

LPL is far from the only firm taking time to visit Washington D.C. to discuss the pending fiduciary regulation and its potential effect. Last week, the Financial Services Institute hosted its Capitol Hill day, where about 180 attendees from member broker/dealers met with over 200 members of Congress, according to spokesman Chris Paulitz. The participating advisors discussed the DOL’s proposal, as well as maintaining advisors’ independent contractor status.

The DOL decided to extend the public comment period on its fiduciary proposal, granting an additional 15 days. The public got its first look on April 14 at the DOL’s long-awaited proposed fiduciary rule for advisors to retirement accounts.

The biggest change from the earlier 2010 may be the "best interest contract exemption." Instead of a five-part test to determine if an advisor is properly acting as a fiduciary under ERISA, the new exemption would require advisors and firms who want to receive certain types of compensation to "formally commit" to clients they will put their best interests first, according to Labor Secretary Thomas Perez.

With this extension, the Labor Department anticipates the opportunity for public comments may be more than 140 days in total.  There will be a public hearing within 30 days of the close of the initial comment period, after which the comment period will reopen until approximately two weeks after the hearing transcript is published. Those involved anticipate this process will provide an additional 30 to 45 days of public comment.