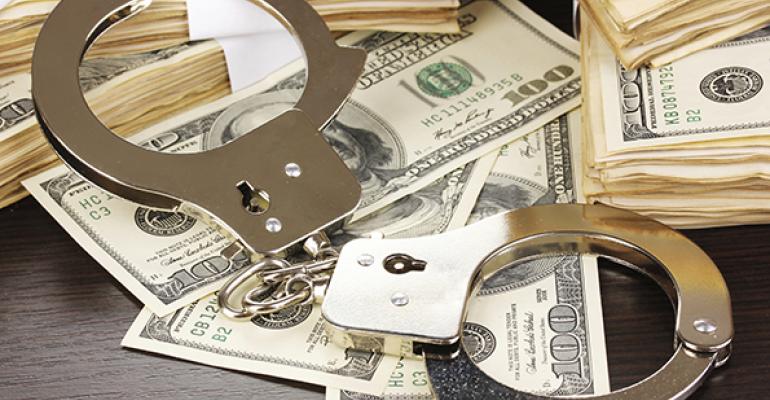 According to prosecutors, Daniel Thibeault, the president and chief investment officer of GL Capital Partners, fabricated a number of the consumer loans that his clients invested in through his GL Beyond Income Fund

Thibeault founded Graduate Leverage, an asset management and financial advisory firm, while a student at Harvard Business School (he graduated in 2004). The firm launched the GL Beyond Income Fund in March 2012, aimed at investing clients in consumer loans to young professionals. At the end of January, the fund reported net assets of approximately $31 million.As of September, GL Investments had 2,000 clients and about $130 million in assets under management, according to court documents.

But allegations by the Massachusetts U.S. Attorney’s Office claim Thibeault “caused the fund to issue, or acquire, a number of fictitious loans to individuals who never requested and did not, in fact, receive such loans” and falsified the documentation related to the loans at issue. Of the $36.6 million in loans held by the fund as of August, Thibeault managed approximately 33 loans valued at $12.6 million, according to court documents.

The alleged fraud unraveled when the firm accidentally sent a loan statement to a college roommate of Thibeault in Arizona, identified in court documents as Z.W. The statement claimed Z.W. held one of these 33 loans for $342,000. Z.W. had his accountant contact Thibeault, claiming he had no knowledge of the loan. Thibeault told him not to worry about it, according to prosecutors.

If convicted, Thibeault faces up to 20 years in prison and a $5 million fine. He was held overnight on Thursday and had an initial appearance Friday before a magistrate judge released him after he posted $700,000 in bail.

GL Capital recently launched a liquid alternatives database, which Thibeault hoped would help RIAs to save time and resources when looking to conduct the due diligence necessary on alternative investments, according to a WealthManagement.com article quoting him in October.

Thibeault did not immediately return calls for comment on Tuesday.