/sites/all/themes/penton_subtheme_wealthmanagement/images/logos/footer.png
Recent
Recent
Is Diversity and Inclusion a ‘Nice to Have’ or ‘Must Do’ for You?
Jul 14, 2020
RIA M&A Activity Hit Lows, Highs in Q2
Jul 14, 2020
Girard Names David Geibel President
Jul 13, 2020
Two Former deVere Execs to Pay $750,000 for Overseas Pension Transfer Violations
Jul 10, 2020
Small Advisory Firms May Have Received $678 Million in PPP Loans
Jul 10, 2020
Featured
Poll: 15 Classic Books on Investing and the Markets
Apr 03, 2020
FICO Updates and Their Impact on Credit Scores
May 06, 2020
Franklin Templeton Fires Portfolio Manager Amy Cooper Involved in Central Park Dog Incident
May 26, 2020
The Top Colleges for Financial Planning
Oct 03, 2019
Rulebook
brought to you by 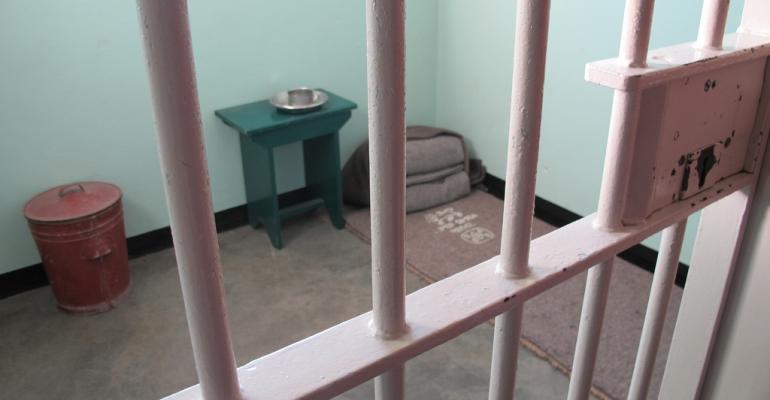 A New York federal judge on Thursday handed a former portfolio manager at Diamondback Capital Management a four and a half year prison sentence, the latest bad news for group of financial services professionals.

Specifically, Newman and other analysts allegedly obtained confidential information, which they then shared with each other and the portfolio managers.

The Greenwich, Conn.-based hedge fund advisory firm is currently in the process of winding down its business following the announcement of the investigation in 2011.

A Massachusetts investment advisor is facing 17 years in prison for allegedly running a Ponzi scheme through his security company, while simultaneously bilking rare coin collectors out of over $7 million.

In a case U.S. Attorney Carmen M. Ortiz called “one of the most serious white collar cases in Massachusetts in recent memory,” Arnett L. Waters used his connections to sell the coins at inflated prices, as well as sold sham investment partnerships.

Waters ran a scheme in which he allegedly convinced customers to purchase coins at a 600% mark-up from market value, as well as charged storage and maintenance fees on coins he had already sold out from under the owners.

Last week, a federal judge sentenced the former broker and investment advisor to a 17-year prison term, as well as ordered him to pay over $9 million in restitution and forfeiture.

Cricket Player in a “Sticky Wicket” Over Advisor Negligence

Overseas, former England cricket player Paul Collingwood is suing his Sigma Wealth Management advisor, according to the Sunday Times. In a High Court writ, the cricket champion and his wife claim Roderick Langham’s negligence and bad advice resulted in a £300,000 ($466,000) loss.

Langham allegedly placed more than £400,000 ($621,000) into high risk and unregulated collective investments, even though Collingwood claims he told the advisor the couple didn’t want to risk losing any of the capital.

The cricket star and his wife are seeking to recover their funds from Sigma, which is currently undergoing liquidation.