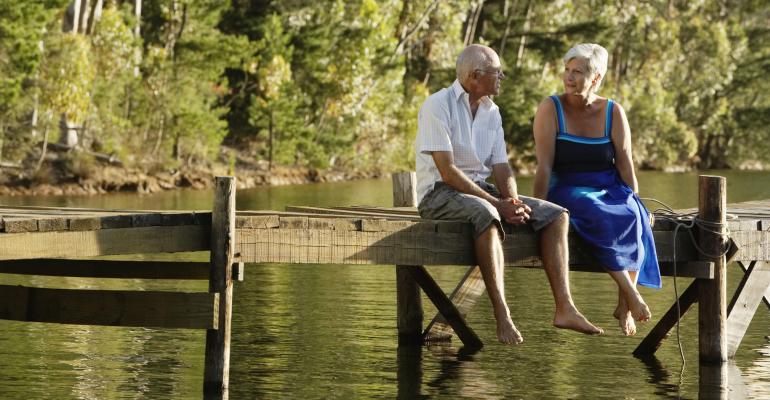 Baby Boomers Have All the Money

​Financial advisors who have ignored reports about positioning their practice to capture the supposed flood of money changing hands in the upcoming "great wealth transfer" years are right to resist, writes Cyril Tuohy in a commentary for InsuranceNewsNet.com. Why? Baby boomers still have all the money. Partially that's because asset values have rebounded from the Great Recession. According to Tiburon Strategic Advisors, consumer households amassed $79 trillion in net worth in 2014, up 30 percent since 2008. Most of that has gone straight to baby boomers, who already own homes and make up 75 percent of the market. "Of course, it doesn’t hurt to cultivate new client blood and new clients will eventually take the place of boomers who exit the stage once and for all, but don’t ditch your core boomer clients yet," she writes. "Only a fool would do that."

Although self-directed investors ultimately want to make their own decisions, a quarter of them also want access to an advisor for support and as a sounding board, according to a new study by J.D. Power. That’s up from 21 percent in 2015. In addition, the portion of do-it-yourselfers who actually depend on an advisor to make investment decisions increased from 13 to 14 percent in 2016. "The convergence of self-directed and full-service models produces both significant opportunities and threats to established firms in this space," said Mike Foy, director of the wealth management practice at J.D. Power. "Self-directed firms are often focused on highly active traders who are critical because their transactions generate significant revenue, but these firms all have a large segment of less active clients who are looking for guidance and may currently lack the wealth or desire for a full-service advisor.” Scottrade was ranked the top self-directed firm by overall investor satisfaction, followed by Charles Schwab, Vanguard and Fidelity Investments.

No surprise, retirees are flocking to warm weather locales, specially in Florida, according to SmartAsset, which crunched U.S. Census figures. MarketWatch reports that three cities in the Sunshine State — Cape Coral, Jacksonville and Port St. Lucie — were in the Census' top 10 for net migrations of people over the age of 60. The state as a whole saw a net migration of 57,724 in 2014, more than the total of the next four states combined. The states with the most retirement-age residents were also the usual suspects of New York, followed by Illinois, California, Pennsylvania and New Jersey.