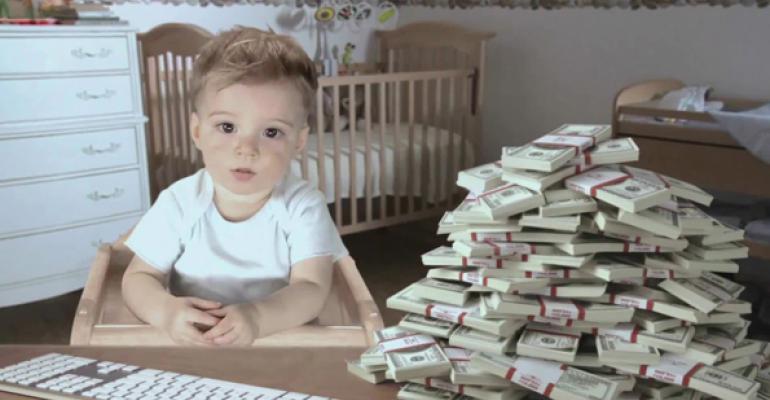 Advisors Make More Than Their Parents

Financial advisors tend to be better off than their parents, making about 8 percent more than them in adulthood, according to a recent analysis by NPR.

The news outlet’s “Planet Money” blog looked at government data for the same group of people in 1979 and 2010, and compared their parents’ household income during childhood with that of their own in adulthood. Doctors, chief executives and police officers are those with the biggest positive percentage change in their income in adulthood, while artists, musicians and secretaries have the biggest negative change.

NPR also looked at whether there is a link between the amount of money your parents make when you’re a child and your job choice as an adult. Financial advisors were among those with the highest household incomes during childhood, with an average household income of $80,000-$85,999 a year growing up.

Advisors were right behind lawyers and judges, whose childhood household income averaged $85,000-$89,999. People in the farming, fishing and forestry profession had the lowest household income as kids, with their parents making less than $35,000. 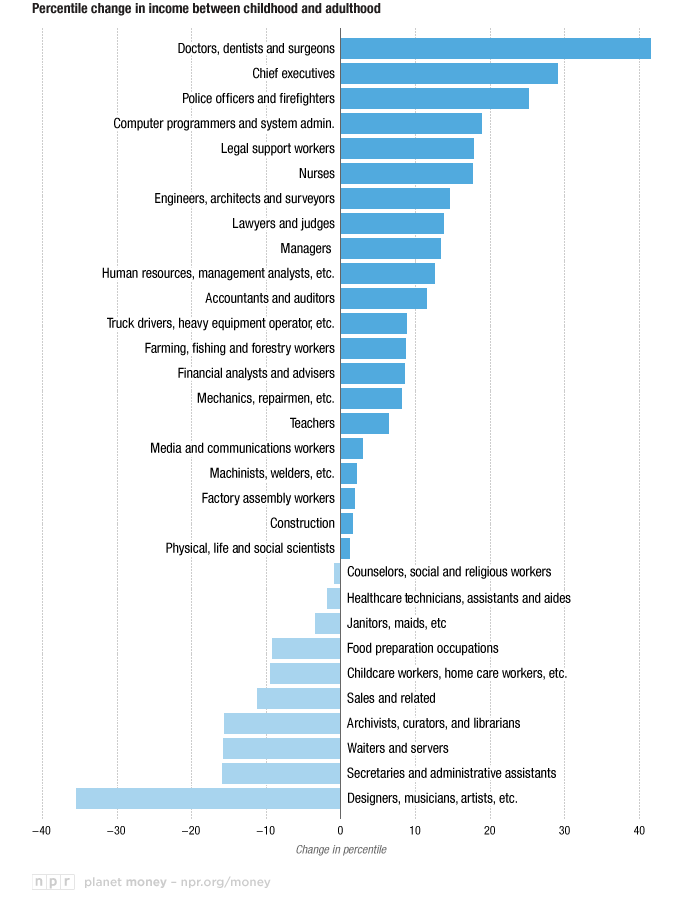