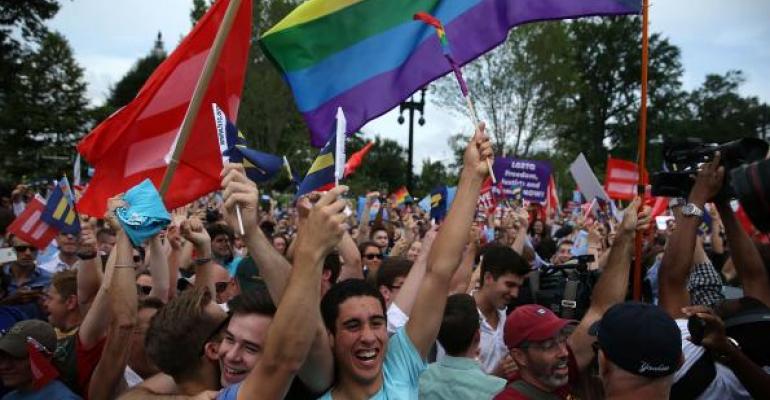 Businesses played a vital role in Friday’s 5-4 Supreme Court decision to legalize same-sex marriage nationwide, with 379 corporations and employer organizations submitting an amicus brief in support of striking down state bans. Some of the financial services firms that submitted include Bank of America, BlackRock, Capital One Financial Corporation, Morgan Stanley and Wells Fargo.

Many firms and advisors showed their support for the ruling on Twitter Friday. Here are some of the top industry tweets following the decision:

#MorganStanley applauds the #SCOTUS ruling and proudly supports #marriageequality for all

I want kind of want to run over to the 800 block of Bourbon street and do a happy dance. Surely there's a celebration going on. #lovewins

Now everyone in the country can experience a publicly recognized lifetime union. Nice work supremos.#usaevolving

Proud to fly the flag again. ❤ that Americans can marry who they want, where they want #LoveWins http://t.co/DpEnLAr5X2 pic.twitter.com/WKcRsD9n21

History was made today in the US. View our panel discussion about #marriageequality here: http://t.co/cank5xHL6d #LoveWins

But not everyone supported Friday’s decision:

After reading both decisions, I'm going to be outrageously unpopular and say I think Roberts was correct in both King and Obergefell.

The problem in both cases is that people earnestly want outcomes and see judicial reasoning as merely a obstacle to overcome.