/sites/all/themes/penton_subtheme_wealthmanagement/images/logos/footer.png
Recent
Recent
Why the Shift to a Longer-Term ‘Business Owner’ Mentality Is Driving Movement
May 27, 2022
NYC Luxury Theft Boss Planned Own ‘Department Store,’ City Says
May 26, 2022
Seven Must Reads for the CRE Industry Today (May 27, 2022)
May 26, 2022
What’s the State of the Capital Markets for Cannabis Real Estate?
May 26, 2022
Featured
The 10 Best and 10 Worst States in Which to Retire in 2021
Jul 15, 2021
Poll: 15 Classic Books on Investing and the Markets
Apr 03, 2020
Fifteen Must-Listen Business Podcasts for Advisors
Aug 14, 2020
Celebrity Estates: Jay Leno and Planning for Classic Car Collections
Feb 22, 2022
All-Channel Trend Report
brought to you by 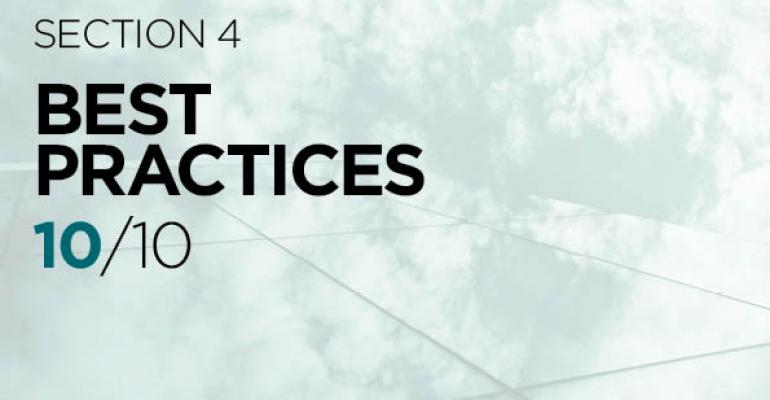 When asked to rate potential threats on a scale of 1 to 10, all advisor groups report finding new clients as the biggest threat to their business. However, it is interesting to observe that the other group reports this as a bigger challenge than reported by either the large or growing group, a finding that is consistent with other observations analyzed in this chapter. Other firms also report government overregulation as a bigger threat. Another notable divergence is observed in the responses to “need to work on and in the business simultaneously.” Here the large firms report this as much less of a threat than either the growing or other firms. This likely indicates that due to their scale, the large firms have established the infrastructure, processes, and management team to handle this challenge. Lack of operational size to compete is a noticeably larger threat for the other firms, which is not surprising when viewed relative to the large firms, but interesting when contrasted with the response from the growing firms. The latter likely feel confident that because of their growth and momentum, they’re likely to attain sufficient scale in their practice if they have not already done so. Employee-related challenges, such as losing qualified staff and communication with employees, register as relatively bigger threats for both the large and growing firms.