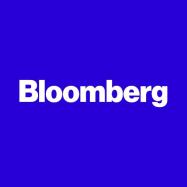 Too Much Rent Control Is Asking for Trouble: Noah Smith
Sep 16, 2019
Statewide rent control may end up moving landlords toward the business models of utility companies.

Don’t Mess with Fannie Mae and Freddie Mac: Editorial Board
Sep 13, 2019
The Treasury’s plan would benefit hedge funds, but be a loss for everyone else.

Forever 21 Plans to Shutter at Least 100 Stores in Bankruptcy
Sep 13, 2019
A restructuring plan would call for the retailer to close at least 100 locations.

WeWork Plows Ahead With IPO, Reshapes Board to Counter Skepticism
Sep 13, 2019
The company will revamp a stock structure that gives co-founder Adam Neumann vast control over its board.

Bondholders With $1.1 Billion Riding on N.J. Mall Get a Peek
Sep 11, 2019
Bondholders on American Dream will visit the complex this Thursday to see what they bet on.

Anbang Sells Luxury Hotels to South Korea's Mirae for $5.8 Billion
Sep 11, 2019
Mirae posted a 10 percent deposit this week on the acquisition of 15 hotels from Anbang.

WeWork Mulls Governance Changes to Save IPO
Sep 11, 2019
WeWork financial advisers JPMorgan Chase and Goldman Sachs have created a push to reform the firm’s governance.
Stung Luxury Dorm Bondholders Say University Broke Promises
Sep 10, 2019
Bonds issued in 2017 to finance student housing at the University of Oklahoma lost a third of their value after the university terminated its lease agreement.

WeWork May Sell a Lot of Junk Bonds Just Like Netflix: Executive
Sep 09, 2019
The co-working company plans to rely on junk bonds for funding in the near term.