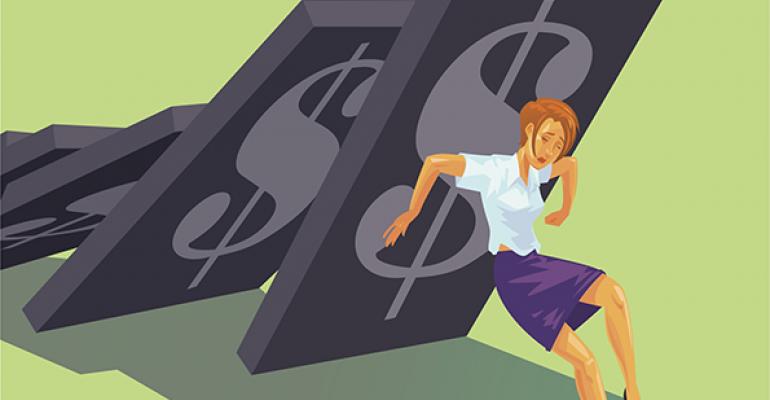 Globally, assets under management hit a record high of $74 trillion in 2014, yet asset managers are making less on every dollar invested; net revenues fell 0.8 basis points, on an asset-adjusted basis, from 2013, according to the Boston Consulting Group. And, the firm points out, the decline was not only driven by the trend towards lower-cost passive investments but an overall pressure on prices.

“This is a relatively new phenomenon for the industry,” said Gary Shub, partner at Boston Consulting Group and co-author of the firm’s Global Asset Management 2015 report. “Historically the net revenue decline, or the net revenue issue, was entirely driven by a product mix story.”

“In the retail segment, channel consolidation and increasing transparency driven by regulation,” are lowering fees, the report said.

Brent Beardsley, BCG senior partner, global leader of the firm’s asset and wealth management segment and co-author of the report, said the squeeze on passive equity fund fees was primarily driven by one player—Vanguard. The firm offers low-cost, commission-free ETFs.

The only two fund categories to increase fees over the past year were multi-asset funds and passive fixed income strategies.

And the drop in revenue is hitting profitability, according to the group. This year, asset managers reduced costs by 0.6 basis points from 2013, BCG said. But that was a lower decline than revenues, meaning they’re not keeping up in terms of profitability on asset-adjusted basis.

“Asset managers seem to have gotten the message and responded by managing their costs more closely,” Shub said. “But they may not have responded sufficiently at this point.”

“At the end of the day, market impact is the primary driver of growth in the industry,” Shub said.

“Given the sustained levels around 1 to 2 percent net flows, I don’t think we can talk about this anymore as still the aftermath of the financial crisis. I think we are in a steady state at least for the meantime, with net flows in this range.” 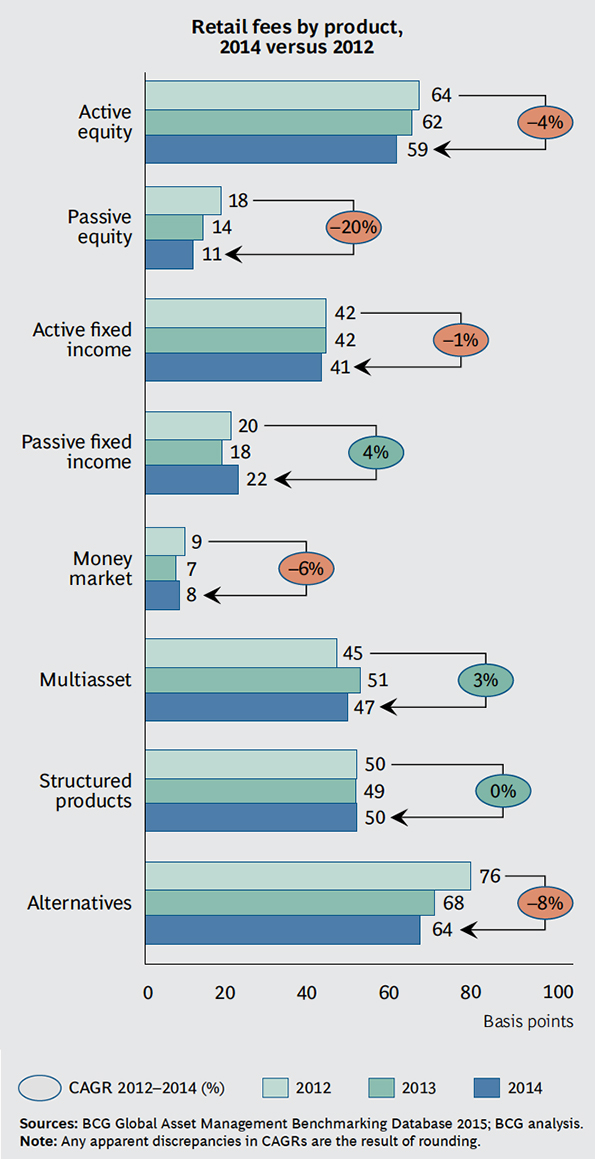