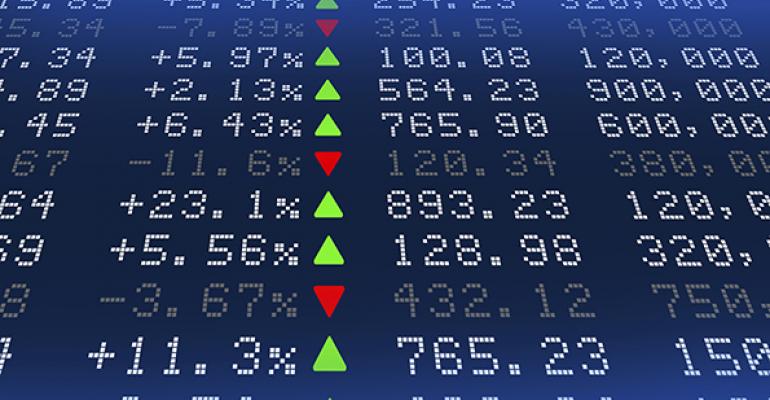 Active management once reigned supreme, but flows to active funds are now slowing. Is there still a role for active investing?

Is it time to declare “game over” in the contest between active and passive fund management?

Funds are pouring into Vanguard Group’s passively-managed index funds, with total assets at the firm nearing $3 trillion. No less a stock picking legend than Warren Buffett is endorsing passive - he has advised his own trustees to put 90 percent of his estate “in a very low-cost S&P 500 index fund (I suggest Vanguard’s).”

The trend isn’t limited to Vanguard, of course. Morningstar reports that 68 percent of net fund sales over the past year have gone to passive funds—35 percent exchanged traded funds ($146 billion) and 33 percent passive mutual funds ($138 billion). And a close look at the remaining 32 percent ($134 billion) that went to active funds reveals that $30 billion of that took place inside target date funds, meaning that the flows were automatic, not made by deliberate investor choice.

Passive funds are most dominant in U.S. stock and taxable bond funds. Asset flows to international equities are still dominated by active funds ($103 billion active, $35 billion passive in the past 12 months). And alternatives remain a completely active category, albeit a much smaller niche.

So, game over? Not quite, says John Rekenthaler, vice president of research at Morningstar, who wrote about the trend in a recent column. “There is still room for some of the active funds,” he says. “I’m not saying active is doomed to fail, but from a business perspective they appear to be losing the battle—and I don’t see that changing.”

Rekenthaler adds that the real issue isn’t active versus passive, but high and low cost. “Active funds at a low cost can be a pretty good bet. But they’re going to have to bring their fees down substantially to be competitive.” He recently tested that theory by comparing 15-year total returns for cheap (expense ratios no higher than 0.50 percent) and expensive funds (1.5 percent or higher). He found that Vanguard’s active funds actually outperformed the company’s index funds.

One example of a low-cost fund group that consistently beats the indices is American Funds. “Every one of their funds have beat the relative benchmarks over a trailing 10- or 15-year period—domestic and international, and they’ve kept costs relatively low.”

Barry Glassman, president of Glassman Wealth Services, thinks some of the swing is cyclical and stems from the market’s recent strong performance. “I remember indexing was going very strong in 1999. It was very easy then to own the S&P 500 and call it a day. But that doesn’t mean the trend this time isn’t longer term.”

Rekenthaler thinks the shift is here to stay. “The change has been going on for a very long time—more than 25 years. A down market could slow the trend, but each one of those is different. In 2008, indexes lost a ton, but so did active managers. So, the suggestion from active managers that they know how to get out in tough times —only a handful of them can ever really pull that off.

“If we have a broad-based downturn, active managers won’t look any better than the passive funds—and it will be another notch against them.”

Glassman’s firm has shifted to a more passive strategy in recent years. “We’ll take on more complexity and expense when it makes sense, but our default is passive in every category. The question is, can a man, woman or team of money managers add enough value for us to leave the sanctity of the index?”

Glassman uses some active strategies for what he calls the ‘non-stocks’ in the portfolio. This segment used to be fulfilled with various types of bonds, real estate or commodities. One of his favorites, Robeco Boston Partners Long/Short Research Fund (BPIRX), allows the manager to take long positions in stocks expected to appreciate and short positions in stocks expected to drop. (Rekenthaler notes that long-short equity is the only alternatives category to post “acceptable” total returns over the past five years—8.1 percent annualized.)

“These are more expensive, but I can’t find that kind of risk-reward in passive funds,” he says.

Rekenthaler thinks that a big shift to passive for international and alternatives will be up next. “Those areas aren’t safe, either. The arguments for indexing are just as solid.” Take IndexIQ, for example, which is pioneering index-based, liquid alternative investments.

How will the shift to passive impact advisors? Glassman thinks the value proposition to investors must be focused on results, not complexity. “What will serve investors well who are seeking an advisor is someone who doesn’t think they need to get expensive and fancy to justify their worth,” Glassman says.

“If you go to a physician who tells you there is an expensive prescription available for what ails you, but there also is an over-the-counter version that works just as well, that’s a better solution.”

Rekenthaler thinks active management is a dying breed. “The ones who have existing business with clients will be fine, but who will replace them? It’s hard to imagine people building up their business now defining themselves as active stock pickers.”