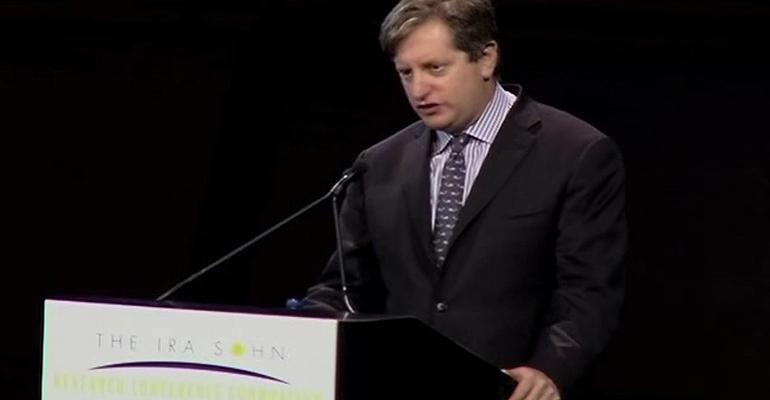 ETFs do well as long as the markets go up.

(Bloomberg) --Steve Eisman, a fund manager at Neuberger Berman Group who was profiled in “The Big Short,” says Europe still faces the risk of a financial crisis like the one portrayed in the book while the probability of such an event in the U.S. is very low.

“So much leverage in the United States has been taken out of the financial system,” Eisman said on Bloomberg Television on Wednesday. “I don’t think you can say the same thing about Europe, unfortunately.”

Eisman, who joined Neuberger Berman after closing his hedge fund two years ago, said the industry is going through massive changes amid lackluster performance and relentless pressure on fees. He’s concerned about the amount of money pouring into passive exchange-traded products because they are not hedged.

“As long as the markets keep going up, ETFs are fine,” he said. “One day there will be a market correction and you wish you were in a hedged product.”

Eisman was profiled in Michael Lewis’s book, “The Big Short,” and played by Steve Carell in the movie of the same name.

The manager said U.S. economic growth has been slow because the median income hasn’t grown in 30 years and 70 percent of the economy is consumer-related.

“The economy has an anchor around its neck, and it’s not going to change anytime soon,” he said.