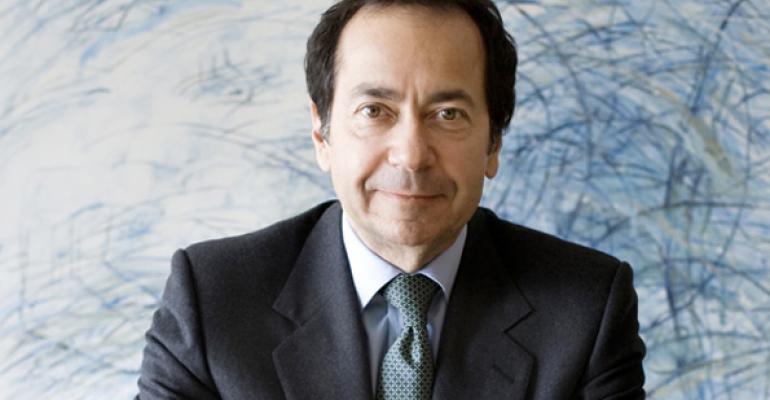 Paulson And Other Hedge Funds Rewarded as Angst Fuels Gold

(Bloomberg) --Hedge-fund managers including billionaire John Paulson are being rewarded as investor worries over everything from uneven economic data to U.S.-North Korean tensions fuel a rally in bullion.

At the end of June, Paulson & Co. owned 4.36 million shares of SPDR Gold Shares, a U.S. government filing showed Monday. That’s unchanged from the three months through March. Bridgewater Associates, the world’s largest hedge fund, added the ETF to its portfolio in the quarter, with the purchase of 577,264 shares valued at $68.1 million, a regulatory filing showed Aug. 10. Templeton Global Advisors Ltd. boosted its stake in Barrick Gold Corp.

“Prospective risks are now rising and do not appear appropriately priced in,” billionaire Ray Dalio, who manages Bridgewater, said in a LinkedIn post, as he recommended investors allocate 5 percent to 10 percent of their assets to gold.

Dalio also flagged rising odds that the U.S. Congress may fail to raise the debt ceiling, “leading to a technical default, a temporary government shutdown, and increased loss of faith in the effectiveness of our political system.” Barrick Gold, the largest producer of the metal, was also attracting more investors, even before it reported earnings that beat analysts’ estimates. Templeton added 8.56 million shares, taking its stake in the Toronto-based miner to 26.8 million shares in the second quarter, according to a separate filing Monday. That’s Templeton’s biggest purchase in the materials sector, according to the filing.

Adage Capital Management, a $30 billion hedge fund started by two former money managers at Harvard University’s endowment, almost tripled its stake in Barrick to 12.8 million shares in the second quarter, a separate filing showed Monday. That’s a reversal from three months earlier, when it sold 62 percent of its holdings, taking its stake to just 4.67 million shares by the end of March.

Not everyone was on board with Barrick. Billionaire investor Stan Druckenmiller’s Duquesne Family Office LLC sold all of its stake in the miner last quarter, according to a filing Monday.

The second quarter was a tough one for investors in gold mining equities. In the three months through June 30, Barrick shares traded in the U.S. slumped 16 percent as an early year gold rally faltered amid signs that Federal Reserve officials will tighten monetary policy. That overshadowed the mining companies’ efforts to improve balance sheets, which allowed Barrick to deliver second-quarter profit, costs and production that were better than analysts’ estimates.

Barrick’s free-cash flow is expected to improve in the second half of the year, after the company covered the bulk of tax and other payments in the first half, while capital spending is seen staying “relatively flat,” Andrew Cosgrove, a senior industry analyst at Bloomberg Intelligence, said in a July 31 report.

Paulson started his foray into gold in early 2009, betting that prices would rise amid unprecedented monetary stimulus. Bullion climbed 70 percent from December 2008 to June 2011 as the Fed bought debt and held borrowing costs near zero percent.

Paulson uses the SPDR ETF to back his funds’ gold share classes, which offer holdings denominated in bullion for investors interested in decoupling their assets from the value of the dollar.

Armel Leslie, a spokesman of New York-based Paulson & Co. with Peppercomm, declined to comment when reached by email.

Filings released this month do not include hedge funds’ current position, which may have changed since the end of the quarter. Prices of the precious metal have risen 2.5 percent since the end of the second quarter, while Barrick shares traded in the U.S. advanced more than 5 percent.

Money managers who oversee more than $100 million in the U.S. must file a Form 13F within 45 days of each quarter’s end to list those stocks as well as options and convertible bonds. The filings don’t show non-U.S. securities, holdings that aren’t publicly traded, or cash.