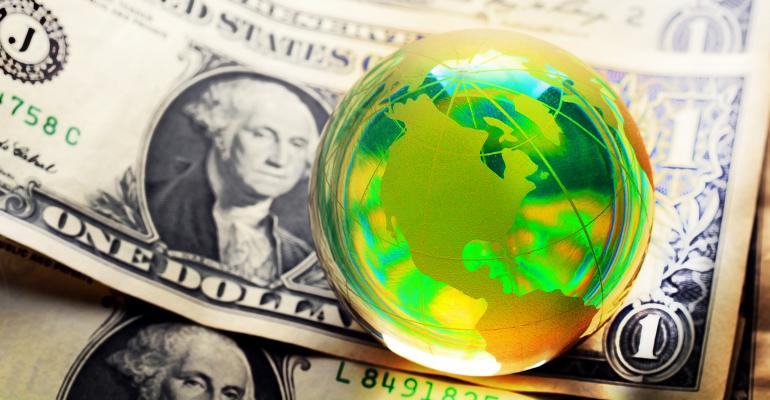 Is it Time for Creditor Activism to Address ESG Risks?

The diffuse ownership of public companies means that simply having seats at the table is no guarantee of swift changes in corporate behavior.

Until recently, much of the impact investing focus has centered on the role that equity investors can play in bringing about positive environmental, social and governance changes. This trend is particularly true in the public markets, which explains why so much attention was paid to the victory that sustainable investors won last year by earning three seats on Exxon Mobil’s board. That vote was considered a watershed moment for climate activism. Yet the diffuse ownership of public companies means that simply having seats at the table is no guarantee of swift changes in corporate behavior.

The question that the impact community needs to be asking is what role can fixed income investors playing to bring about changes faster.

Why Lenders and Creditors?

The bilateral nature of lending agreements also gives banks and lenders that issue loans, underwrite bonds and extend credit lines essential to a company’s day-to-day operations the power to bring about immediate environmental and social impact. More than other industries, banks understand the need to think sustainably over the long-term and are aligned with environmental, social and governance goals. They just have to be willing to use the power that they have.

At COP26, hundreds of the world’s largest banks committed to the Glasgow Financial Alliance for Net Zero (GFANZ), pledging to report on the carbon footprint created by those institutions they lend to while also committing to providing trillions in green finance. Before this initiative, there was already increased activity on this front, with the rise of so-called green bonds that seek to raise funds for climate mitigation through projects to build renewable energy sources, green buildings and climate-friendly infrastructure. This trend led to the embrace of similar forms of project-based debt, including blue bonds to fund marine projects and social bonds to promote projects in specified communities promoting values such as financial inclusion or gender equality.

As a result of these efforts, the so-called ethical debt universe has tripled to $2 trillion over the past three years, according to a recent Bloomberg report. Moreover, from 2019 to 2020, the number of global stock exchanges with dedicated sustainability bond segments increased by over 58% to 38, according to the United Nations Conference on Trade and Development’s World Investment Report 2021.

The problem is that the size of the ethical debt universe is a tiny fraction of the global fixed income universe. Moreover, green bonds and other forms of proceed-based debt do little to change a company’s overall strategy, its approach to larger capital allocation decisions or the company’s long-term exposure to ESG-related risks. Yet, the purpose of incorporating ESG considerations into the investment decision-making process is to reduce long-term risks associated with climate and social factors to which companies are exposed.

There are, however, ways for lenders to have more impact in getting companies to reduce their ESG-related risks. For example, rather than focusing on individual climate or social projects, proceeds of public debt could be used for general operations while targeting key sustainable performance indicators. Covenants included in the terms of the debt could stipulate how failure to meet agreed-upon sustainability KPIs could affect borrowing costs over time.

Say a company were to issue a 10-year sustainability-linked bond and failed to reduce its climate risk over the subsequent decade by the targets stipulated in the bond. The underlying risk of said bond would go up each year, and if annual interest rates are fixed, the value of the underlying security would go down annually because lenders are not being compensated for rising risks.

This approach could apply to both publicly traded debt and longer-term bank lending. In fact, we’re already seeing this concept being implemented in so-called sustainability-linked loans, whose proceeds can be used for general purposes but whose coupons are linked to sustainable targets.

Here again, the universe of sustainability linked loans is itself a fraction of the overall green bond market. This ratio might change, however, as similar mechanisms are being put into place by banks and commercial paper lenders on short-term and commercial paper lines that must be rolled over every three to six months. Since working capital is the life blood for companies, the possibility of not having credit or commercial paper rolled over, owing to ESG shortcomings, would have dire consequences, giving lenders even more leverage.

Earlier this year, the investment giant BlackRock, an outspoken proponent of sustainable investing and good corporate stewardship, came to a five-year revolving credit agreement with a group of lenders on its $4.4 billion credit facility. The borrowing costs for that credit facility are tied to whether BlackRock can meet various sustainability targets, including sustainable investing AUM amounts as well as senior leadership and overall workforce diversity. The Carlyle Group arranged a similar ESG-linked $4.1 billion credit facility for its private equity funds in the Americas, the largest ESG-linked private equity credit facility in the U.S., and €2.3 billion for its European private equity and real estate platform. In addition to achieving a 30% board diversity goal, the European facility is linked to two other sustainability goals: having more accurate and comprehensive measurements of greenhouse gas emissions across all if Carlyle’s portfolio companies and providing ESG-related board training for all Carlyle board directors.

Emerging markets are also slowly coming onboard, though their current strategies largely focus on sustainability and green bond markets. Government regulations have been leading the way in addressing ESG risks. The Central Bank of Brazil, for instance, has put forth legislation requiring banks to disclose greater information relating to ESG risks; it is also proposing new regulations barring lending to projects in indigenous or deforested land. In South Africa, a 2020 government-issued technical paper recommended the development of financial sector guidelines at the portfolio and transaction levels in ESG monitoring, reporting, and mitigation.

Why Aren’t We Seeing a Bigger Push?

Part of the delay may stem from inertia and the competitive dynamics among banks and investors. Yet it wouldn’t be surprising to see movement on this front soon, as banks are ahead of many other industries in embracing sustainability.

Already, 67% of banks globally screen their loan portfolios for ESG risks, according to a 2020 survey by Fitch Ratings, to improve their underwriting and risk management. In some cases, this is a negative screen, where banks may refuse to lend to certain industries, such as firearms makers and any new coal-fired energy production. In other cases, it’s a review that includes underwriters and sustainability experts. ESG alignment also encompasses committing to global actions, such as the U.N. Principles for Responsible Banking, which as of May 2020 was signed by one third of the world’s largest banks.

This trend is particularly true in Europe, where banks that account for 95% of all corporate lending on the Continent have aligned with the “well-below 2-degree Celsius” targets laid out in the Paris Climate Accords. By comparison, less than 10% of European companies have embraced that standard.

Reducing climate and other ESG related risks is critical to the health of financial institutions, especially those with long-lived assets or long-term liabilities.

Regulators also have a role to play here, to push banks and lenders to avoid systemic risks and the potential for another financial collapse similar to the global financial panic nearly 15 years ago.

As such, the EU has started to require the disclosure of sustainability risks to various financial institutions as part of SFDR. U.S. Federal Reserve officials also continue to hint that big banks could soon be required to undergo climate-related stress tests to measure their exposure to climate risks.

As global leaders are exploring ways to accelerate sustainability efforts to meet key targets such as 1.5 degrees or 2 degrees Celsius, they should increasingly look to lending and credit as a lever for quicker action.

Vikram Ghandi is a professor at Harvard Business School. He's a former investment banker and senior advisor to the CPPIB.