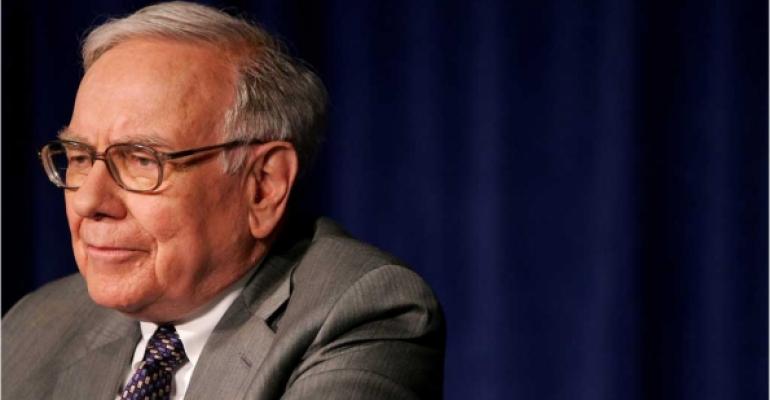 Warren Buffett has simple advice for investors as they stare down the worst inflation in decades: Invest in your own skills.

“The best investment by far is anything that develops yourself,” Buffett said at Berkshire Hathaway Inc.’s annual shareholder meeting in his hometown of Omaha, Nebraska, on Saturday, the first-time the famed finance event has been held in-person since 2019.  “If you’re the one they pick out to do any particular activity -- sing or play baseball or be their lawyer, whatever it may be -- whatever abilities you have can’t be taken away from you. They can’t actually be inflated away from you.”

Buffett, the 91-year-old investment legend known as the Oracle of Omaha, has spent decades building a former textile business into a conglomerate valued at about $700 billion, with footholds in the insurance market, transportation business and retail. His investing prowess has long attracted a flock of acolytes who hang on this every word for kernels of investing wisdom. Beyond the routine annual-meeting protocol and the questions about Berkshire’s businesses, Buffett also used the more than five-hour event to share insights on investing and life.

Here are some thoughts Buffett and his longtime business partner, Charlie Munger, offered at the meeting:

Buffett and Munger, 98, are longtime skeptics of cryptocurrencies and they once again expressed disdain for the assets.

“When you have your own retirement account and your friendly adviser suggests you put all your money into Bitcoin, just say no,” Munger said.

Buffett explained that one of his fundamental qualms with Bitcoin and other cryptocurrencies is that the assets aren’t productive like farmland or other real estate, leaving the billionaire investor unsure of what to do with Bitcoin. Munger put it more bluntly.

“In my life I try and avoid things that are stupid, and evil and make me look bad in comparison with somebody else,” he said. “Bitcoin does all three.”

Businesses and executives have increasingly been forced to navigate thorny political issues in recent years. And while Buffett has spoken up for political candidates and campaigned for Hillary Clinton, he’s notably taken a step back on certain hot topics recently. It comes down to the limited upside of wading into controversy, Buffett said.

“I don’t put my citizenship in a blind trust when I take the job as CEO of Berkshire,” Buffett said. “But I’ve also learned that you can make a whole lot more people sustainably mad than you can make temporarily happy, by speaking on any subject, and on certain subjects, they will take it out on our companies.”

While other investors may take different paths, Buffett seemed keen to not let his personal opinions impact the more than 370,000 employees that Berkshire businesses employ.

“I’ve decidedly backed off,” he said. “I don’t want to say anything that will get attributed basically to Berkshire and have somebody else bear the consequences of what I talk about.”

Buffett and Munger had some harsh words about the state of the current stock market, with the pair repeatedly comparing it to a casino. Buffett felt the sting of volatile markets in the first quarter. Net earnings dropped more than 53%, due in part to the swings in the company's $390 billion stock portfolio. Still, Buffett hasn’t been deterred. Berkshire bought a net $41 billion of stocks during the first three months of the year, the most in data going back to 2008.

“Markets do crazy things and occasionally Berkshire gets a chance to do something,” Buffett said. “It’s not because we’re smart. It’s because the only thing I say we're qualified on is that I think we're sane. And that's the main requirement in this business.”

For his part, Munger said there’s not enough sanity in the market.

"It's almost a mania of speculation that we now have," Munger said. "We have computers with algorithms trading against other computers. We have people that know nothing about stocks being advised by stock brokers who know even less."

Buffett has eked out a 20.1% compounded annual gain in Berkshire stock from 1965 to 2021, compared to the 10.5% climb in the S&P 500 Index during the same period. But investors parsing Buffett's tips and tricks shouldn’t worry about timing the market.

"We haven't the faintest idea what the stock market is going to do when it opens on Monday. We never have had," Buffett said. "We have not been good at timing. We've been reasonably good at figuring out when we were getting enough for our money."

He expressed his long-held preference for investing in stocks over bonds, with an emphasis on betting on U.S. companies.

"It's amazing how hard people make what a simple game that is," Buffett said.