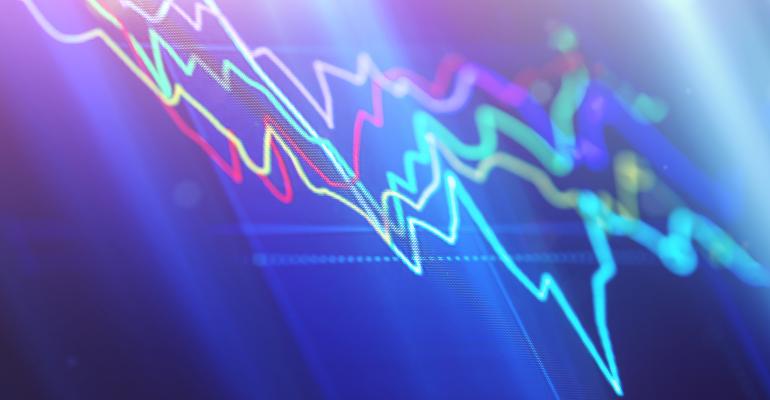 The fund manager that recently filed for a cryptocurrency ETF also added two new board members.

Bitcoin, the cryptocurrency with the largest market capitalization at more than $141 billion, started the year at $19,843 and is down almost 70 percent year-to-date, part of a broader sell-off in most cryptocurrencies. Likewise, all of the Bitwise indexes are down year-to-date.

As astonishing as the rise in the price of Bitcoin was at the tail end of 2017, in backtesting, the Bitwise 70 and the Bitwise 100 markedly outperformed it, according to Matt Hougan, the head of research at Bitwise Asset Management. 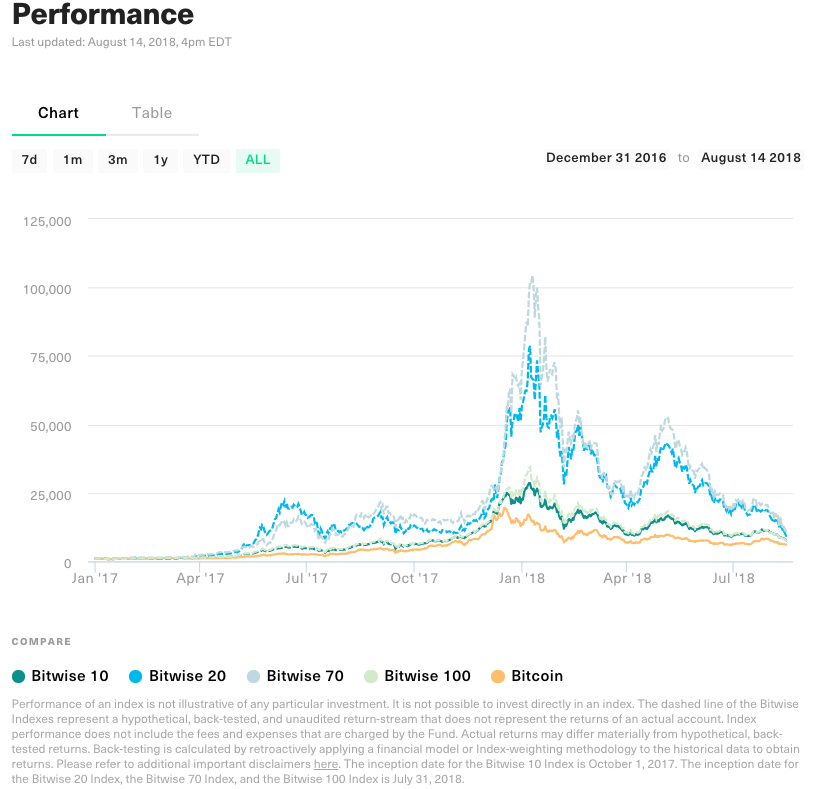 Hougan, the former CEO of both ETF.com and Inside ETFs, said the firm has been working on the new index funds since he joined the firm in February of this year, citing “a need for institutional-quality indexes in the space” and investor interest beyond the 10 largest coins that make up BITX.

Bitwise recently lowered fees for institutional and other larger investors, like single and multi-family offices, who are drawn to cryptocurrencies for their potentially low correlation with other asset classes, said Hougan.

Like the BITX, the new funds are weighted by inflation-adjusted market capitalization and rebalance monthly.

The new indexes cover a broader swath of the crypto market, focusing on the top 100 coins which account for 91 percent of the total cryptocurrency market. The remaining 9 percent is thinly spread over 1,900 other coins.

Bitwise chose to index only the largest 100 coins based on what it considered proper liquidity and custody requirements, Hougan said. For example, coins that trade on only one exchange, or if 90 percent or more of their trading volume occurs on one exchange, are excluded from the index.

The 20 coins in the mid-cap index are more liquid and garnering the most attention from institutional investors, according to Hougan. The further down the list you go into less liquid crypto coins, the market is driven by “more short-term momentum traders,” Hougan said.

In addition to launching three new indexes, Bitwise said that Srikant Dash, the former global head of indexing for Bloomberg and the former managing director and global head of research at Standard & Poor’s Indices, joined its advisory board.

Hougan said as soon as he started at Bitwise he reached out to Dash, who was also a long-standing member of the S&P 500 Index Committee and has experience indexing equities, bonds and commodities, asset classes that each come with their own unique challenges.

Spencer Bogart, a partner and the head of research at Blockchain Capital, a venture capital firm focused exclusively on the blockchain technology sector and crypto ecosystem, also joined the advisory board.

Prior to joining Blockchain Capital, which is an investor in Bitwise Asset Management, Bogart was a vice president at Needham & Company, and authored one of Wall Street’s first industry reports highlighting the potential of blockchain technology.

Bitwise Asset Management recently filed a registration statement with the Securities and Exchange Commission for a cryptocurrency exchange traded fund. Unlike the bitcoin-based ETF filed for by Cameron and Tyler Winklevoss that was struck down by the SEC in July, the Bitwise ETF is based on an index rather than a single coin, which makes Hougan optimistic the commission will eventually approve it.

He said that the SEC’s 45-day extension to consider the Bitwise ETF was “business as usual” given a new asset class. Leveraged and inverse ETFs, for example, took years to get SEC approval, he said. Compared to those, the regulator is moving “relatively quick.”