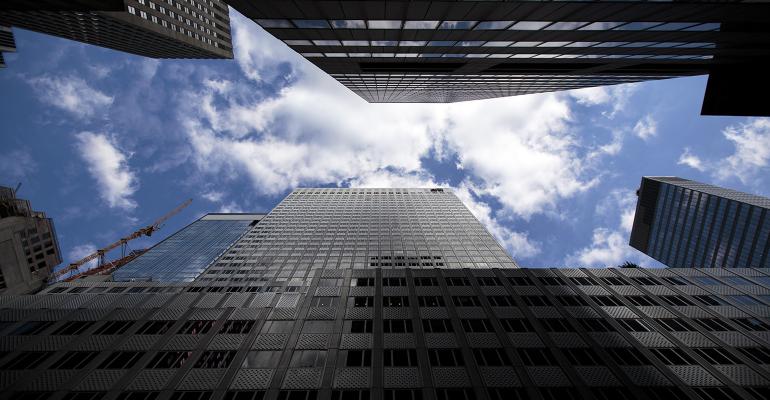 Real Estate Investment Trusts have suffered over the past year, thanks to rising interest rates, ending a seven-year rally, but there are still pockets of strength.

Real estate investment trusts have taken it on the chin for over a year now, as rising U.S. interest rates led investors to head for the exits.

Rising interest rates hurt REITs in two ways. First, REITs are heavily leveraged, as they need to borrow to purchase properties. Higher rates, of course, make this borrowing more expensive. Second, REITs compete with other income-producing assets based on their dividends, and higher rates increase payouts from bonds and other income assets.

REITs also were sporting high valuations after their seven years of gains, as measured by price- to-adjusted funds from operations and price-to-net asset value of REITs’ real estate, Vinocur says.

In addition, prospects for growth look stronger in other areas of the economy than they do in real estate, which is likely in the late stage of its recovery from the 2008-09 financial crisis, says Alexander Goldfarb, senior REIT analyst at investment bank Sandler O’Neill + Partners in New York.

Investors typically sell REITs initially in a rising-rate environment like this, but later return to the asset class, he says. “It’s also important to remember that REITs are less leveraged than they were going into the Great Recession” of 2007-09.

There are pockets of strength amid the overall weakness in the real estate universe. “Industrial REITs are doing amazingly well,” Goldfarb says. The FTSE NAREIT Industrial REIT Index generated an annualized return of 20 percent over three years through May 7.

With retail sales soaring on the web, there’s an increased need for warehouses to store and distribute the goods being purchased. And that has paved the way for industrial real estate’s rally. Internet retail sales totaled $119 billion in the fourth quarter, soaring 17 percent from the fourth quarter of 2016, according to the Commerce Department. And e-commerce sales make up just 9 percent of total retail sales, so there’s plenty of room for growth.

“Amazon and others need more places to ship their wares to customers and to keep them close to customers,” Vinocur says.

Prologis, the largest industrial REIT, estimates that every dollar of online sales requires three times more distribution and warehouse space than a dollar of sales at a brick-and-mortar store.

Shipments of goods to a brick-and-mortar retailer are usually large, unlike the huge number of small shipments going to individuals. Internet sales often involve delivery of a single package to anywhere in the country and beyond. These goods must be stored in industrial facilities in route.

Of course, the flip side of the strength of industrial REITs is the weakness of retail REITs, as brick-and-mortar retailers suffer at the hands of online retailers. Retail REITs posted a negative return of 7.5 percent in the 12 months ended May 7.

“The most challenged REIT sector is retail, most notably malls, and also to some extent strip centers,” Vinocur says. But even there, the situation isn’t always as bleak as the media presents it, he and others say. The sector’s occupancy rate has declined only 100 to 150 basis points, Goldfarb says. And re-leasing spreads, which measure the increase in rent per square foot between new and expiring leases, are registering double digits, he says.

“There is clearly dislocation in the mall space, but REITs are responding in different ways,” Vinocur notes. Some malls are bringing in movie theatres, restaurants, hotels and apartment complexes to occupy space. “Malls won’t go away, but they will be different,” he says.

Both Vinocur and Goldfarb like the mall REIT Simon Property Group. “It has a super CEO [David Simon] and a good business, though it’s encountering choppy waters,” Vinocur says.

The CIO Fridson favors REITs in the following sectors: cell phone towers, data centers, storage facilities, e-commerce distribution centers, static and digital billboards and healthcare facilities. The fundamentals in all these industries are strong, and dividend increases are likely as a result, he points out.

“For value investors, there are good opportunities,” Goldfarb says. “But you must be patient: it’s still a tough market.”