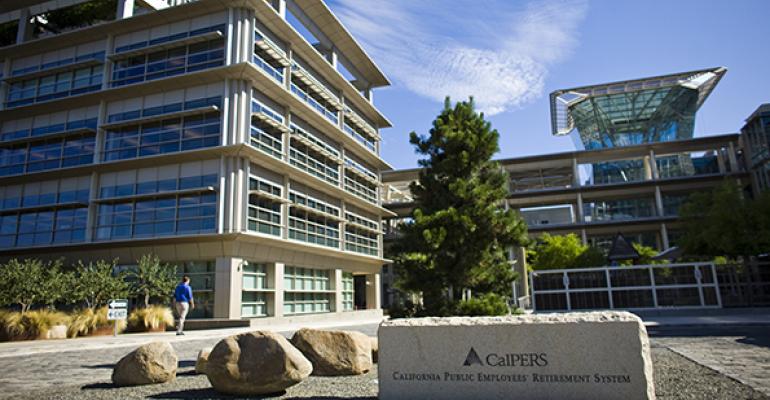 Advisors Weigh In on CalPERS’ Decision

The California Public Employees Retirement System (CalPERS) announced a decision this week to shed its $4 billion allocation to hedge funds, saying the funds were too complex and too costly to scale to the size the pension needed them to be. Advisors who responded to a flash survey by WealthManagement.com said the decision had no bearing on how they would use hedge funds for their clients, mostly because so few use them in the first place.

“We already ignore the genre because they are the Groucho Marx club of investing: The only ones that will let us in are the ones in which we don’t want to be invested,” said Stephen Barnes, investment manager and chief compliance officer of Barnes Investment Advisory. “Fees are too high. Truly a ‘heads I win, tails I don't lose’ proposition for the hedge fund manager.”

In an August 2014 WealthManagement.com survey of 300 advisors, one in four advisors said they’re not familiar with hedge funds. Seventy-three percent said they do not recommend hedge funds to their clients, with high fees, lack of transparency and illiquidity being the biggest turnoffs. At the same time, almost two out of three advisors say they expect the number of their clients invested in hedge funds to increase over the next two years, driven by market volatility and rising interest rates.

Bob Rice, managing partner of Tangent Capital Partners and author of The Alternative Answer, said manager selection is key when it comes to investing in hedge funds because the performance dispersion is significant. In some strategies, the difference between the worst performing manager and the best performing manager varies widely.

“There are so many issues in terms of investing in hedge funds, from manager selection to how do you do the due diligence, to the fees, to the gates,” Rice said. “Unless you’re getting into a really top performing manager—and I mean a really top-performing one—is it really worth it?”

Rice also believes CalPERS’ decision should be taken with a grain of salt because the pension fund’s situation is unique.

“We work with a zillion institutions who are just shrugging their shoulders going, ‘Well whatever they want to decide for them is fine, but we have our own strategy, and it doesn’t really particularly impact anybody.’”

“The time for a ‘true’ hedge fund (and not the levered up investment vehicles that many morphed into pre-2008) is when valuations are high, not after the correction has already occurred,” Graves said. “Just wait for a pullback in next 12-24 months and see how they try to explain away dumping an absolute return strategy.”

A few advisors said the move could be a positive thing for the industry.

“To a contrarian this might mean it is time to consider investing in hedge funds,” said Kris Maksimovich, president of Global Wealth Advisors. “The decision could push hedge funds, especially the more expensive variety, to reconsider their pricing.”

“Fee compression will likely be a key secular trend within the hedge fund industry,” said Christian Hviid, chief investment officer at Point Guard Capital. “It will also likely shale out the industry and allow for creative destruction by allowing hedge funds that do not offer institutional quality characteristics and above-peer performance to be rationalized. The strong will survive.”