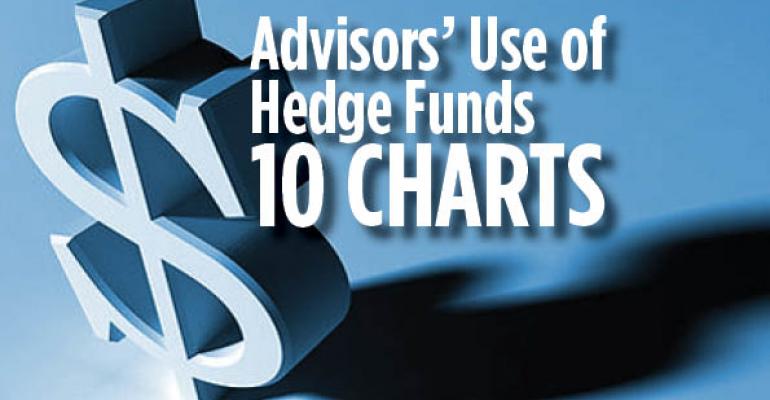 Ten Charts That Explain What Advisors Think of Hedge Funds

In a recent survey WealthManagement.com asked over 300 advisors throughout the industry to share their views on hedge funds. Here’s what they had to say.

Alfred Jones constructed the first hedge fund in 1949, but they started to become more popular with the wealthy in the 1970s.  For many retail financial advisors, they remain a mystery. One in four advisors say they’re not familiar with them. 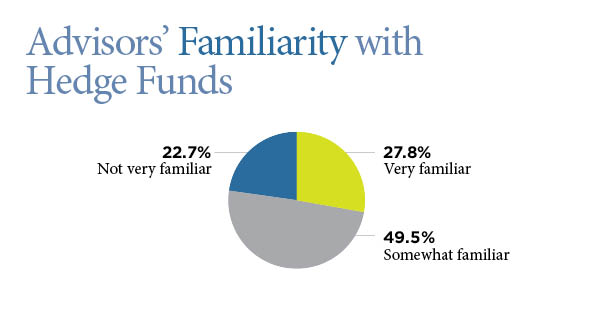 Overwhelmingly, advisors consider hedge funds an alternative investment, increasingly a generic catch-all term for anything that is not a mainstream liquid security. “The industry loves the word alternative because if it’s not a stock or a bond that means you can slap 2 and 20 [2% management fee and 20% performance fee] on it,” joked Joe Miletich, managing director at Mellon Capital Management, at an event earlier this summer. Only one in 10 advisors is categorizing hedge funds as a separate asset class. 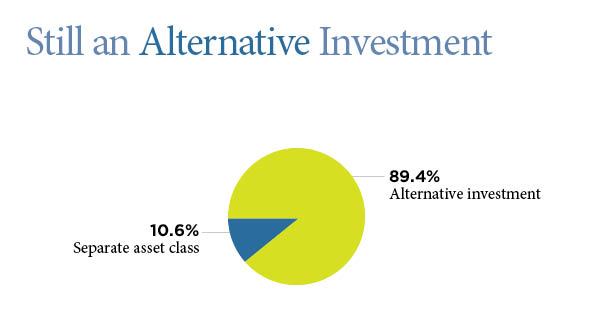 Half of advisors don't currently invest in hedge funds but would consider doing so. Others will consider them for clients, but not for themselves. Almost 30 percent of advisors put clients in hedge funds, but only 11 percent will personally invest. 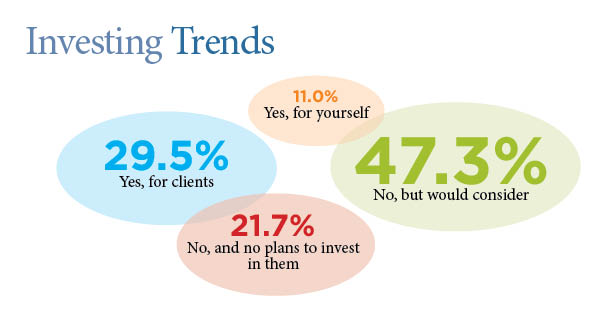 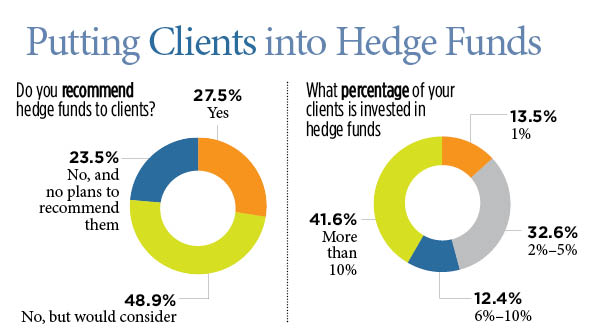 So why aren’t advisors using hedge funds more? They perceive high fees, as well as a lack of liquidity and transparency. 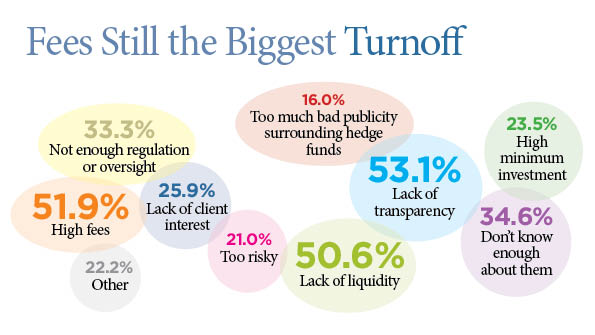 Low correlation with traditional assets is the top reason clients look to invest in hedge funds, according to their advisors. “The ability to construct shorts within the portfolios permit advisers and clients to invest in ways that contrast with the traditional methods of generating alpha,” one advisor said. 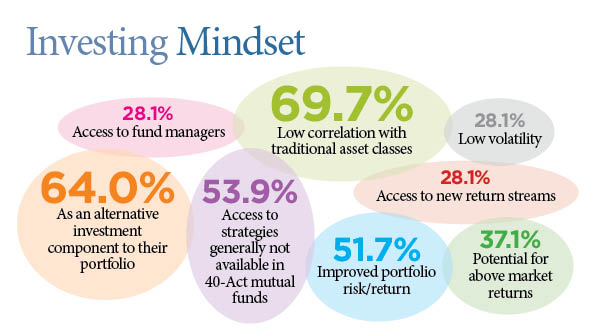 Almost two out of three advisors say they expect the number of their clients invested in hedge funds to increase over the next two years.  Why? Market volatility and rising interest are factors. “I think the market will pull back and we will have to look elsewhere for growth opportunities,” one advisor said. 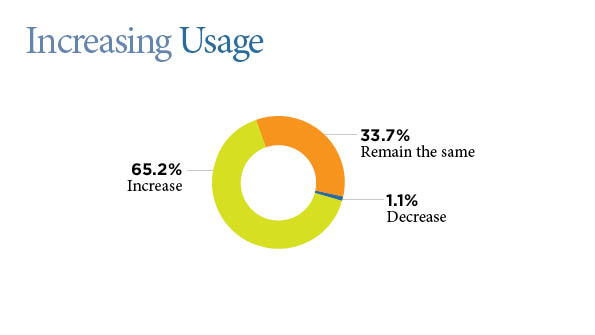 Half of advisors say they found the hedge funds they use through personal research. But referrals from either personal connections or through the hedge fund itself are also persuasive. 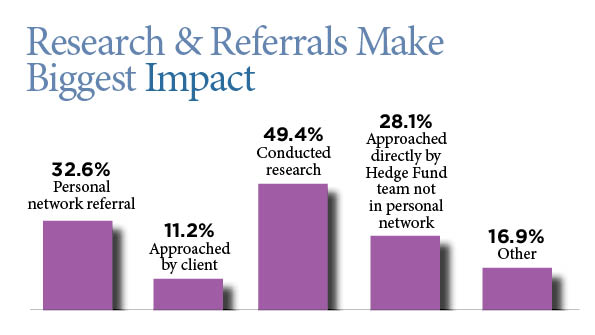 When asked to name which hedge funds they were most familiar with, several firms rose to the top: SkyBridge Capital, Paulson & Co. and Bridgewater Associates, along with Appaloosa Management’s Palomino Fund and even Steve Cohen’s now-defunct SAC Capital. IN terms of size, Bridgewater houses $150 billion in assets globally, while Paulson manages $22.8 billion as of July 2014.  SkyBridge has approximately $10.9 billion in assets, according to the company’s site. 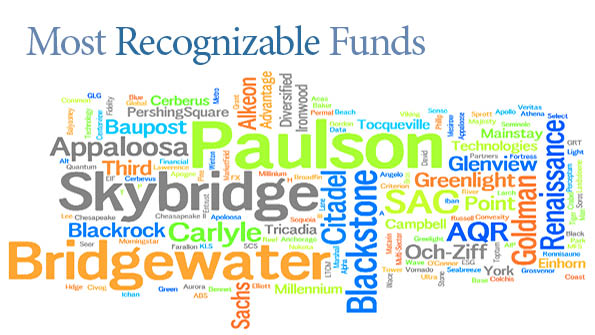