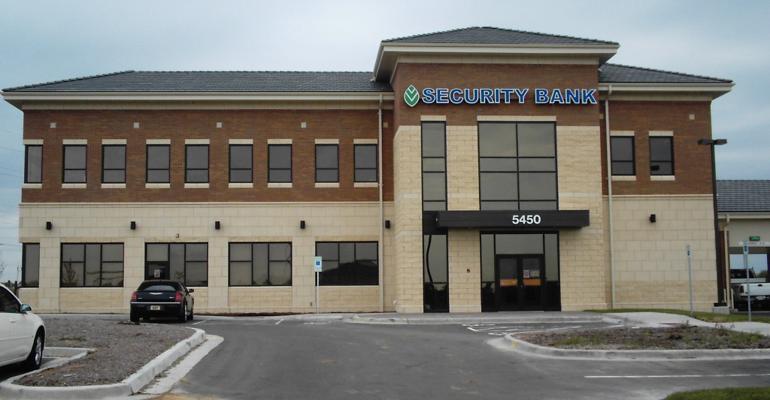 Security Bank of Kansas City, a bank-based program with 10 advisors, is the latest firm to dissolve its b/d entity and move to larger firm as a super OSJ.

Many broker/dealer executives have predicted a period of increased consolidation in the independent space, as small firms become more and more weighed down by administrative and regulatory burdens, rising expenses, the need for better technology, resources and the Department of Labor’s fiduciary rule.

Some consolidation has already occurred; in the first two months of this year, 64 b/ds withdrew their registration with FINRA, according to an analysis by Fishbowl Strategies.

Security Bank of Kansas City, a bank-based program with 10 advisors, is the latest firm to dissolve its b/d entity and move to a larger firm. The firm has joined INVEST Financial Corporation, one of the b/ds in the National Planning Holdings network, as a "super office" of supervisory jurisdiction (OSJ).

“We're starting to see what we believe will be a significant new trend in the independent retail financial advice space: smaller independent b/d firms deciding that they can no longer continue with the regulatory costs and complexities of a b/d status, and will thus choose to convert themselves into a super OSJ (as Security Bank of Kansas has done here with its in-house b/d) and align with a better-resourced firm, rather than simply dissolve altogether,” said Steve Dowden, president and CEO of INVEST.

Banks and financial institutions, in particular, are finding it more cost-effective and efficient to outsource their b/d functions to a firm with more resources, Dowden said.

When the DOL rule goes into effect in June, the industry could see an increased number of what Dowden calls “transition-conversion” deals among smaller IBDs, where the firm shutters their b/d entity and stays completely intact as a super OSJ. This is similar to Kovack Securities’ recent acquisition of TKG Financial.

“This option speaks to a unique strength of the IBD space, in that there is a viable option between extinction and the status quo for smaller firms that can include the survival of the brand, culture, advisor force and leadership teams of these smaller firms who are willing to seek a new life as a super OSJ team,” he said.

INVEST, which had 1,054 producing reps as of the end of 2016, recently added two other financial institutions to its platform: Citizens Bank & Trust in Guntersville, Ala., which has one advisor, and WaterStone Bank in Wauwatosa, Wis., with two advisors. Citizens Bank & Trust previously used Infinex Investments as its b/d, while WaterStone used LPL Financial. Including Security Bank, the three new offices bring more than $5.5 billion in assets.