/sites/all/themes/penton_subtheme_wealthmanagement/images/logos/footer.png
Recent
Recent
Eight Must Reads for the CRE Industry Today (May 17, 2022)
May 16, 2022
Investors, End-Users Compete for Last-Mile Warehouses as Rents Skyrocket
May 16, 2022
Dyal Said to Be in Talks for Stake in Real Estate Firm DivcoWest
May 16, 2022
'Dark Money' and Tax-Exempt Organizations
May 16, 2022
Featured
The 10 Best and 10 Worst States in Which to Retire in 2021
Jul 15, 2021
Poll: 15 Classic Books on Investing and the Markets
Apr 03, 2020
Fifteen Must-Listen Business Podcasts for Advisors
Aug 14, 2020
Celebrity Estates: Jay Leno and Planning for Classic Car Collections
Feb 22, 2022
Broker Report Card
brought to you by 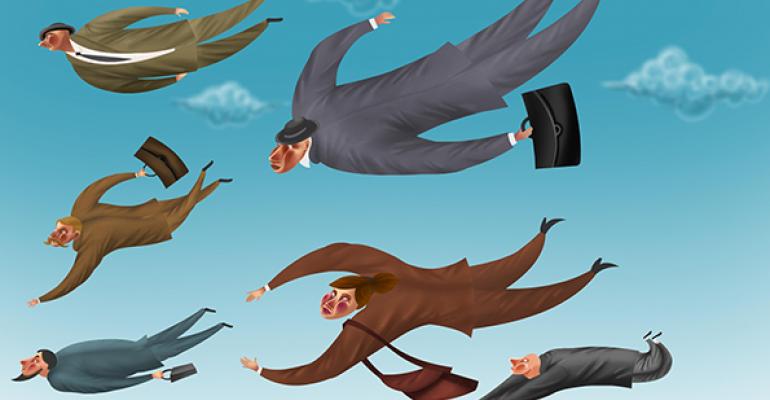 Where Would You Go?

Most advisors say they are very likely to be working for their current firm over the next year, but it is interesting to wonder where they would go if they left. The most popular answer was “other,” at 38 percent, with many respondents writing in that they would be most interested in joining a regional firm like Benjamin Edwards or Stifel. Going independent was also a popular response, reflecting the data in the 2014 Independent Broker/Dealer Report Card. A lot of Wells Fargo advisors also said they would consider joining FiNet, Wells Fargo’s network for independent advisors.

Just looking at the big national firms, Raymond James & Associates was the most popular destination, with 23 percent selecting it as their choice if they left their current firm. Merrill was the most popular choice among Morgan Stanley advisors considering a change, while advisors at UBS and Merrill Lynch both named Morgan Stanley as the national firm they would be most interested in joining.