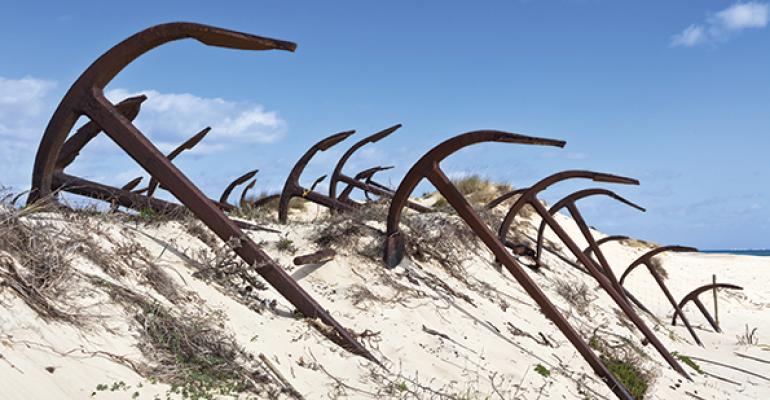 Buoyed by a powerful five-year bull market, advisors say they’re reluctant to venture out and chart their own course as RIAs.

Over 85 percent of national brokerage advisors say they haven’t considered going independent in the last year, according to REP.’s annual Broker Report Card. Moreover, 81 percent of advisors at traditional wirehouses say they’re very likely to still be working at their current firm a year from now.  Only 5 percent say there’s a good chance they won’t be there.

Even at Merrill Lynch, which scored relatively low on overall satisfaction compared to its peers, only 13 percent of advisors say they’re not likely or very unlikely to be with the firm a year from now.

So what’s keeping them there? Traditionally, advisors don’t move too much during a bull market, but Rick Rummage—an industry recruiter and founder of The Rummage Group—says other factors are at work.

Many longtime wirehouse advisors identify their professional self-worth with their firm’s brand and are reluctant to separate from it, he says. “If you get them talking, and they’re honest, they’ll tell you there’s pain. They don’t like the operations, it’s overbearing, they don’t like the compliance, it’s overbearing,” he says. But then they’ll say that “they’ve been there forever and they’re not
going anywhere.”

As one UBS advisor wrote in REP.’s survey, “[I have] 26 years invested here, why risk my client base and reputation by going to an inferior firm? I don’t care about the upfront money.”

Still, Rummage estimates about a third of advisors have “one foot out the door every day. And they’re eventually going to leave, but not all at once. They’re going to trickle out the door.”

For those advisors who do care about the upfront money, the bonuses that are offered to stay put are very rich right now, says Bing Waldert, director at Cerulli Associates. “The money is compelling very fast. And then you take the uncertainty and risk of opening your own business versus guaranteed payout. You can easily see why an advisor would take that payout,” he says.

Of the estimated 1,600 brokers who left the wirehouses this year, about 21 percent moved to other wirehouse firms, according to data from Meridian-IQ (in which Penton Media has a stake). Close to a third went to independent broker/dealers, 24 percent moved to bank firms, and an estimated 12 percent headed to regionals. Only about 150 advisors, or 10 percent, left to join RIAs, Meridian reported.

It’s not always the smaller firms that are making the move, says Mindy Diamond, a recruiter. For larger firms and firms with expectations of future growth, the economics of starting an RIA can make more sense than an immediate payoff in the wirehouse world, given the increased cash flow and potential enterprise value of the business. “It becomes a no-brainer,” she says.

Perhaps that will be clearer if the markets turn and assets shrink. But for now, most national brokerage advisors seem to be content to remain right where they are.