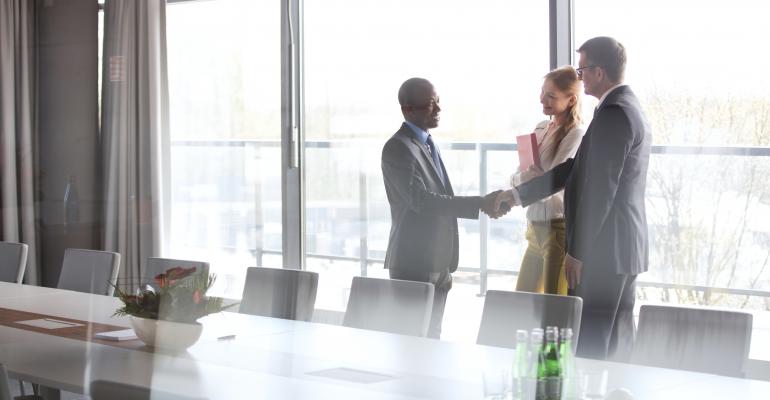 Setting Up A Foundation: Focus on ‘Donor Intent’

Some of history’s great philanthropists failed but the rising generation of donors can succeed by learning from their mistakes.

My book, How Great Philanthropists Failed and How You Can Succeed at Protecting Your Legacy, is about “donor intent”: what happens when you set up a foundation and what tends to happen to foundations when the principal donor dies.

The book’s origins began in 1989, when Tim Ferguson, who was at the time the op-ed page editor of the Wall Street Journal, saw a piece I had written for the Capital Research Center’s “Alternatives in Philanthropy” about the Ford Foundation and asked me to write about what happened to the fortunes of Andrew Carnegie and John D. MacArthur. It was a great idea, and if it had not been for Tim Ferguson, I would never have written about donor intent.

In 1993, I was looking for a project. I had a meeting with the Capital Research Center’s president, Willa Johnson and suggested that I write something about donor intent. She thought a book would be a good idea, and I left the meeting with a contract.

I was drawn to the history of philanthropy for several reasons. I was a history major, and I like reading big books with stories about the past. (I understand in the publishing industry, these are called “uncle books,” or “the books your uncle reads.”) I’m also a libertarian, and so I like reading about heroic entrepreneurs who created large fortunes. It’s not that large a leap from business history to foundation history.

But I also believe the primary task of the historian is telling stories.

I’ve read a fair amount of philanthropic history, and the primary problem is not political bias—I can filter that out—but that the authors pile on meaningless jargon to let their peers know their work is Serious and Important. Professors who do this get tenure and other benefits, but they don’t have many readers.

My book was first published in 1994 and appeared in expanded editions in 1998 and 2007. (The three previous editions were called The Great Philanthropists and the Problem of ‘Donor Intent.’) Over the years, journalists understand that I know a lot about the history of some foundations. I don’t know the history of all foundations; buy me a beer, and I’ll tell you the story of the 45 minutes I once spent with a Los Angeles Times reporter explaining that I didn’t (and still don’t) know anything about the history of the Heinz Endowments.

But here are two stories.

In 2000, I talked to a writer for Worth magazine, who began the interview, “I thought your book was some sort of diatribe, but it was reasonable and interesting.” (Well, gee, thanks!) He then very much wanted me to say that the heads of the Pew, MacArthur, and Ford Foundations should be flogged for their violations of donor intent. I refused to provide the red meat he was looking for, and the only mention of me in the story was “In his well-known conservative book, The Great Philanthropists and the Problem of Donor Intent, Martin Morse Wooster….”

I wrote a letter to Worth, which the magazine printed, saying, “I didn’t write a ‘conservative book.’ I think everyone should read my book.” They printed it.

One afternoon in 2003 I got a call from the Chicago Tribune’s correspondent in Ankara. The MacArthur Foundation had been funding a group that had been interviewing Kurdish victims of the Turkish army and publishing these memoirs. The reporter told me that a leading Turkish newspaper had put my name on the front page and declared, without asking me, that I had written in this book that the MacArthur Foundation was a CIA front.

“Whatever the MacArthur Foundation is,” I said, “I categorically deny that it is a CIA front.”

Finally, I’d like to address the issue of influence. What effect has my book had?

I know the large foundations are aware of my work. I once called the MacArthur Foundation press office with a fact-checking question and was told, “This isn’t about donor intent, is it?” (It wasn’t.)

The big liberal foundations react to their past in different ways. The Carnegie Corporation of New York, for example, gives all sorts of prizes with Andrew Carnegie’s name on them, but they completely ignore Carnegie’s strong commitment to limited government.

Finally, I must give credit to Ford Foundation president Darren Walker for reaching out to members of the Ford family, who have been estranged from the foundation since Henry Ford II resigned in 1977, and establishing an office for the foundation in Detroit. The foundation could do more, but at least it has done something.

But my book wasn’t written to change the mind of any president or program officer of a foundation funded in perpetuity.

It was written to show the rising generation of donors the right way to give. That is to spend their money within their lifetimes, or to establish a foundation that spends itself out within 25 years of a donor’s intent.

Donor intent can be preserved in a perpetual foundation, and I have six case studies in my book, with the Hilton Foundation and the Daniels Fund being outstanding examples. But without strenuous effort, mission drift in a foundation is inevitable, and in many cases, it leads to liberals taking over control of an organization created by someone on the right. As I wrote in my 1989 Wall Street Journal piece, “Conservatives make money, and liberals spend it.”

I’ll leave you with some wise advice that the Boston Globe made in 1924 after George Eastman, the greatest philanthropist never to set up a foundation, gave some major grants.

“Few can endow great universities,” the Globe wrote. “But many can apply George Eastman’s philosophy of giving; invest in your own community and do so while your money can be put to work while you still live.”