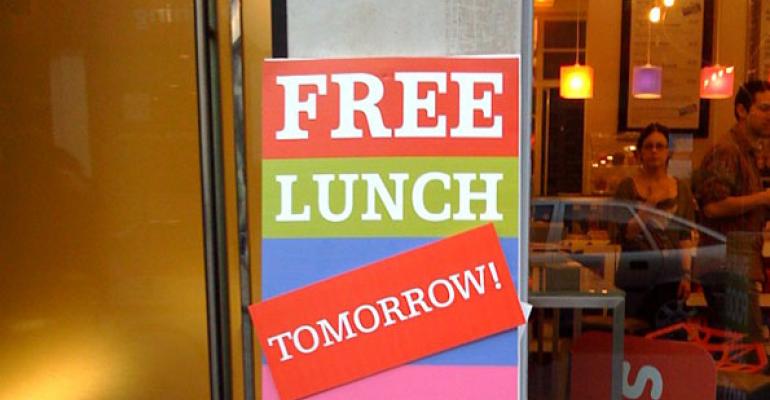 Rethinking the Need for Immediate Annuities

Sales of immediate annuities hit a record $8.3 billion last year, compared with an average of less than $3 billion annually over the last 20 years. Policyholder payouts include an internally-set rate of interest and factor in &quot;mortality credits.&quot; Most shun immediate annuities because they prefer to main control of their investments and leave money to loved ones.

With today’s low interest rates, immediate annuities may serve as a good proxy for bonds in older clients' investment portfolios.

An annuity provides a steady amount of guaranteed income for life without the price volatility of bonds, which lose value when interest rates rise, as they inevitably will. Typically, about 50 percent of the income is taxed because the other half is considered a return of principal.

Of course, there is no free lunch with immediate annuities. Part of the payout to the policyholder includes return of capital. Payouts also include an internally-set rate of interest. Plus, they factor in “mortality credits,” based on premiums paid by those in the policyholder pool anticipated to die earlier than expected.

An immediate annuity is irrevocable. For a life-only policy, the insurance company keeps the annuity’s remaining balance when the policyholder dies, though joint and survivor contracts, between spouses, let a surviving spouse continue to get income for his or her lifetime when the joint policyholder dies. In exchange, there is a lower payout rate. A “period certain” option lets beneficiaries receive income for a specifically contracted period after the policyholder’s death. Any balance left at the end of the term reverts to the insurance company

Most shun immediate annuities because they don’t want to give up the money to the insurance company. Based on a 2010 Harvard Business School case study, people say they prefer to maintain control of their investments and leave money to loved ones.

The payout rates are appealing, but sales of immediate annuities represent only 3 percent of all annuity sales, according to LIMRA.

Still, sales of immediate annuities hit a record $8.3 billion last year compared with an average of less than $3 billion annually over the last 20 years, LIMRA reports. Reasons: More people are retiring, interest rates are low and those retiring need a source of guaranteed income along with their investments and defined contribution plan income.

Some experts say adding an immediate annuity to a portfolio of stocks, bonds and other assets can improve the portfolio risk-adjusted rate of return. Also, it can reduce longevity risk—the chance an investor will run out of money before dying.

Research by Mark J. Watshowsky, published in his 2012 book Retirement Income (MIT Press), shows that some clients may be better off keeping part of their portfolios in immediate annuities. For a hypothetical retiree who retires at age 65, he compared a split portfolio of 50 percent stocks and 50 percent bonds to a mix of 50 percent stocks and 20 percent in bonds with the remaining 30 percent in an immediate annuity. Watshowsky assumed a systematic withdrawal rate of 5 percent.

The results indicate that the split 50 percent stock-bond mix, as expected, produced more real wealth. But income flows are low.

By contrast, the stock, bond and annuity mix performed better in difficult investment and inflationary environments. The mix also provided the highest level of real income at later ages.

A 2007 study by MassMutual Financial Group, Springfield, Mass., found that over a 27-year period from 1980 through 2006, an account that included a fixed annuity that delivers lifetime income provided the same monthly income as 50 percent stock and 50 percent bond portfolio. However, at the end of the 27-year period, an account that had 50 percent in stocks, 16 percent in a fixed immediate annuity and 34 percent in bonds had a significantly higher final liquid value.

A 2012 CFA Institute paper by Moshe A. Milevsky also suggested that clients afraid of running out of money, regardless of net worth, should seriously consider an immediate annuity. His results were published in “Life Annuities: An Optimal Product for Retirement Income.”

“Conceivably, those individuals who are financially risk adverse are also likely to be longevity risk adverse,” Milevsky says. “In other words counseling a retiree to buy more stocks because the person could live to be a centenarian is an oxymoron at worst. Those who fear living a long time should own annuities.”

People who still have defined benefit pension plans from an employer and will collect social security, however, don’t need an immediate annuity, according to Milevsky. Both the pension and social security pay income for a life time.

Benjamin agrees with research that indicates a portfolio of stocks and bonds may outperform the accumulated value in a deferred fixed income annuity.  And of course investors very well could lock into an immediate annuity only to find interest rates and annuity payout rates rising.

Annuity owners also face credit risk because an insurer could go bankrupt. However, most state guarantee associations provide some protection on annuity withdrawals and cash values. These limits can be searched, by state at http://www.nolhga.com.

Guaranty associations in conjunction with a bankruptcy receiver may be able to transfer the company’s policies up to the amount of the guaranty association benefit limits to a financially sound insurer. If an association administers claims against a policy and the benefit limits are reached, the policyholder may submit a claim in excess of the limit against the estate of the insurance company. The contract holder still may recover distributions as the receiver liquidates the company’s assets.