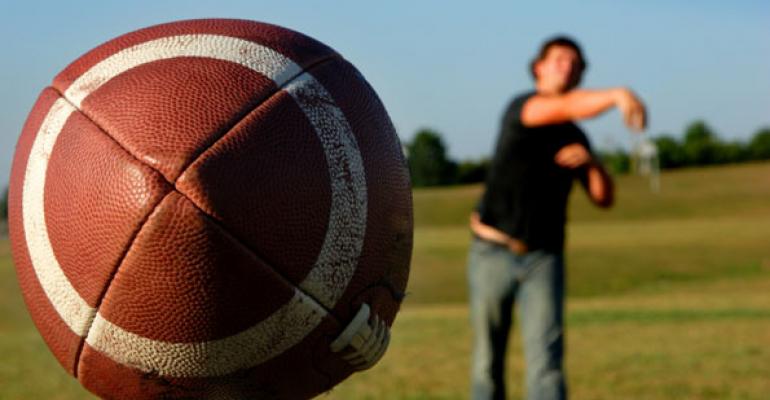 Enthusiasm for the financial quarterback role is growing among the super-rich, according to research released Wednesday by Morgan Stanley and Campden Research.

“Financial quarterback” has become a cliche in the wealth management industry. For years, coaches and marketing gurus have urged advisors to become that central financial point person who coordinates and executes all investment and financial decisions for wealthy clients.  Playing quarterback means being lead coordinator of a client’s other financial service providers and givers-of-advice, such as accountants, estate attorneys, trust officers, etc.

But all cliches have a grain of truth, and if you listened to the coaches and the gurus, good for you, because it turns out enthusiasm for the quarterback role is growing among the super-rich, according to research released Wednesday by Morgan Stanley and Campden Research. Campden surveyed 53 North American ultra-high-net-worth individuals, nearly two-thirds of whom had net worth of more than $100 million.

In fact, the quarterback idea is relatively new. It didn’t really catch on with the rich until after the market went into a tailspin in 2007. Even back in 2010, only a quarter of ultra-affluent families were using a quarterback. Today, that number has grown to 42 percent, according to Campden.

“That just under half of the research participants have now adopted this model further bolsters the trend of ultra-affluent families’ fine tuning how they use advisors,” wrote the authors of the Campden report. “The families are developing a better understanding of what their various advisors can and cannot do for them and are taking more responsibility for understanding their wealth plans.

It’s not yet ubiquitous, of course. Some 46 percent of respondents said they don’t use a quarterback—preferring to work independently with other financial advisors instead. Another 12 percent don’t use specialist advisors at all.

So, who do the wealthy tend to select to act as a quarterback? For the older generation (those over 49 years of age and representing 55 percent of survey respondents), accountants (37 percent) and private banks or trust companies (27 percent) were the preferred professional types. For the younger generation respondents (those 20 to 49), multi-family offices topped the list (57 percent.)

Most wealthy families also tend to have one primary advisor for money management, though they sprinkle their assets around among a number of satellite advisors as well. About 60 percent of respondents said they work with individual financial advisors who are specifically devoted to selecting money managers, and of those, more than half use more than one. The most common motivation was to diversify risk and gain access to unique investment strategies. About 73 percent of those who use multiple financial advisors to select money managers tend to concentrate their wealth with one of those advisors. Half of those who use a primary investment advisor put 75 percent or more of their assets with that advisor.

As prior studies have shown, ultra wealth investors are generally happy with their primary investment advisors, though older generation investors are more satisfied than younger investors. Few investors, old or young, panned to change advisors over the next couple of years.

One thing the wealthy crave: Solid aggregated reporting. Some 70 percent ranked this very to extremely important to them.