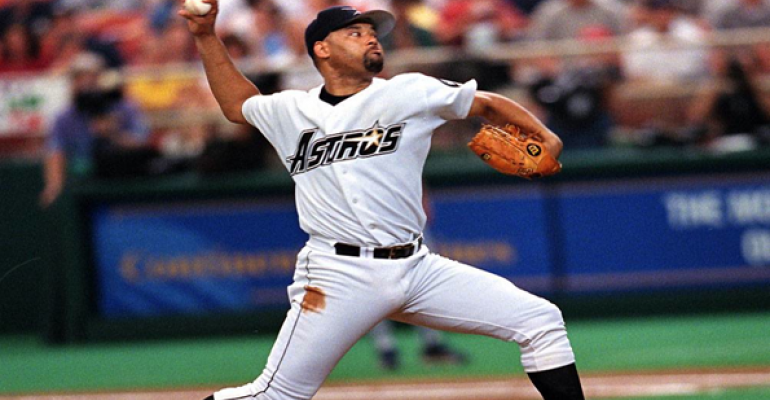 When major league pitcher Jose Lima died of a heart attack at age 37 in 2010, his 13-year baseball career included his 1999 All Star season, when he won 21 games and contract earnings of over $31 million. Now that he’s gone, the popular press reports his alleged legacy to include six minor children, in the United States, his native Costa Rica and Mexico, with six different women, not all of whom Jose married.  Jose appears to have died unmarried, but not forgotten.

Not surprisingly, his survivors are left to step up and take their cuts.  While details of the estate and its disposition are unknown, at least two other sources of benefits exist.  Each presents different issues for Jose’s children and their mothers to overcome.  The consequences reflect the increasingly varied family relationships in today’s world.

Social Security
First are Jose’s earnings and contribution record with the U.S. Social Security system, which provides benefits running to divorced spouses and natural children.  This benefit may seem modest by U.S. standards, where per capita income is five times higher than Mexico and ten times greater than Costa Rica, but it may not be insignificant for Jose’s survivors.

A creature of federal law, the Social Security system has its own extensive set of rules and definitions for resolving survivor’s claims, set forth in Title 20 of the Code of Federal Regulations, Part 404.  For instance, an ex-spouse who was married to the decedent for at least 10 years may be entitled to an old age benefit.  And an ex-spouse who’s the parent of the deceased’s child may be entitled to a mother’s or father’s benefit, if the child is under age 16 and in the care of the ex-spouse.

The marriage must be recognized under the laws of the state where the deceased lived or under the law of the District of Columbia.  Or, it must be a “deemed valid marriage,” requiring a marriage ceremony performed in good faith that would have resulted in a valid marriage except for a legal impediment, such as a prior marriage that hasn’t ended.   The ex-spouse’s claim for a mother’s benefit will then depend upon the natural child’s claim for a dependent’s benefit.

A natural (non-marital) child is entitled to a dependent’s benefit if he may inherit the deceased’s property under state law or if the deceased acknowledged the child or was subject to a court order acknowledging or providing support to the child.  The child may also submit other evidence to show that the deceased was his parent, together with evidence that the deceased lived with the child or contributed to his support at the time of death. The regulations set forth specific standards for each of these conditions.  According to news articles, at least some of Jose’s progeny have satisfied the conditions for receiving Social Security benefits on his records.

Benefit Plan
Second, the Major League Baseball Players Benefit Plan (MLBPBP) presents a potentially more significant benefit that may be available to one or more of Jose’s survivors.  Its provisions are defined in part by the requirements of a qualified defined benefit plan, subject to the Employee Retirement Income Security Act and, in part, by its own generous terms that make it the benchmark by which professional sports pension plans are measured.  As a private plan, it largely sets its own standards for defining who benefits.

As required by federal law, the pension plan portion of the MLBPBP provides not just for the participant, but also for the surviving spouse, who, thus far, has been a wife.  The minimum spousal benefit required by law is a 50 percent survivor’s annuity.  The MLBPBP goes beyond this minimum benefit and provides a widow’s benefit equal to 100 percent of the player’s assumed retirement benefit based upon the player’s age and service at retirement.

The MLBPBP defines a “spouse” as the player’s “wife to whom the member has been legally married throughout the year ending upon the earlier of the annuity starting date or the date of death.”

The MLBPBP also provides a benefit for a player’s dependents who survive.  A dependent is defined as an individual for whom the player, and after his death, the player’s widow, is financially responsible and who is an unmarried child, under age 19, of the player or his widow.  If the unmarried child is a full time student, he must be under age 23.  “Financially responsible” is then defined as providing over one half of the child’s support.

But, during any period in which there’s no widow, an amount equal to the widow’s benefit gets paid to the dependents, as long as they remain dependents within the meaning of the plan.  At that point, for any child of a deceased player, marital or not, the claims under the MLBPBP may become quite significant.

With the field laid out and the ground rules set, Jose’s survivors now get to play ball.