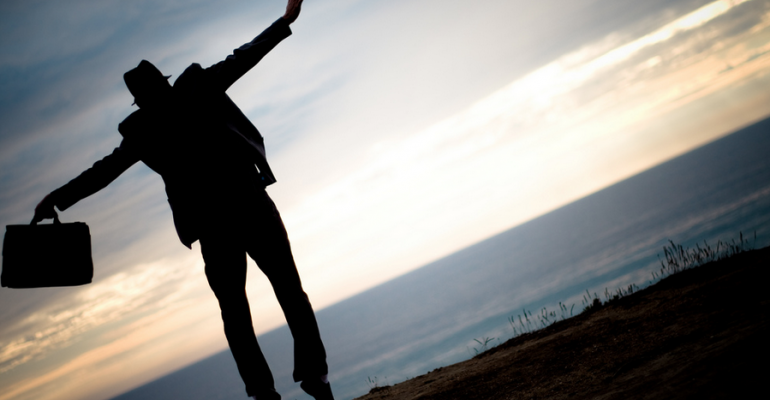 Are You Considering Retirement Abroad? What You Need to Know

Are you encountering clients thinking of retiring abroad? It’s a growing trend: the number of retirees, spouses and widows receiving Social Security benefit payments outside the U.S. rose 26 percent to 542,451 between 2006 and 2012, according to the Social Security Administration. And that figure likely understates substantially the number of retirees living abroad, since many retirees abroad simply withdraw their benefits from U.S. bank accounts.

Retiring abroad can reduce the expense side of a financial plan in some cases - retirees can live comfortably on just $25,000 a year, according to Suzan Haskins and Dan Prescher, authors of The International Living Guide to Retiring Overseas on a Budget (Wiley, March 2014), and editors at InternationalLiving.com. But retiring abroad also can present complex issues, including asset location and investment strategies, taxes and health care. Here’s a checklist of items to keep in mind when your clients become footloose.

Your clients will need a local bank account in their new country of residence for paying bills and meeting routine expenses. But it’s important to create a good link that permits efficient transfer of funds from the U.S. “If you’re not careful, the bank charges can be very high,” says David Kuenzi, founder of Thun Financial Advisors, a Madison, Wisconsin-based advisory firm that specializes in serving American clients living abroad. “We’ve seen people paying two or three percent fees on currency transactions.” Kuenzi recommends using a custodial firm that will give you a wholesale rate. “The benchmark is no spread between the bid and ask, and the markup should be at most a half of one percent. Some will charge less than that.”

Currency risk also must be monitored, although strategies vary by country, Kuenzi says. “if it’s a small country with high inflation and the currency is dropping continually against the U.S. dollar, I’d absolutely keep most of the client’s money in dollars and move money and convert to the local currency as expenses rise.

“In a stable situation like Europe, you really need to think differently. You’d want to move a substantial amount of the client’s assets permanently into assets denominated in the local currency (such as euros). This reduces exposure to currency risk by denominating a large part of the asset base in the same currency that they will incur expenses.”

Another option is to work with a foreign exchange specialty firm, which often can move money at lower cost than a bank, and can also smooth out exchange rate volatility using forward rate locks.  “We need to be competitive because we’re an added step to the bank,” says Michael Ward, CEO of one such firm, USForex. These companies often work directly with advisers; make sure you’re working with a firm that is licensed by regulators in your state, and by the U.S. Department of the Treasury.

The Foreign Account Tax Compliance Act (FATCA) is complicating the task of opening bank accounts in the country of residence. FATCA requires foreign financial institutions to report information on U.S. citizens to the IRS for tax purposes starting this year, and many foreign banks have decided it’s not worth the trouble. “Many banks outside the U.S. won’t accept accounts from U.S. expats anymore because the reporting requirements are so onerous,” says Prescher.

Kuenzi advises seeking out big banks, such as Citibank or HSBC. “The big global banks will still open accounts for U.S. citizens,” he says.

The U.S. is the only major country in the world that bases taxes on citizenship rather than residency of the taxpayer. Your clients will need to continue filing a U.S. tax return, and most likely another in their country of residence. In many cases, that doesn’t mean double taxation, Kuenzi notes, because the IRS will credit you for taxes paid abroad. “But that’s a generalization,” he says,” because it depends on how the foreign taxes match up against the U.S. tax code.”

Kuenzi offers this example: “Switzerland doesn’t have a capital gains tax, so if you realize a capital gain there, it isn’t taxed by the Swiss but it will be taxed in the U.S. But the Swiss do have a tax on overall wealth that can run as high as 1.5 percent of all your assets. So, you’d be paying that tax in Switzerland, but you can’t use that as a credit to offset for anything that corresponds on your U.S. tax return.”

The complexities call for involvement of a U.S. tax expert with special knowledge of ex-patriot issues, and this can get very expensive and time consuming.

Kuenzi also suggests investing a substantial part of wealth in assets denominated in the currency of the country where clients retire. “If the client retires in Europe and anticipates staying there, you need to have a lot of the portfolio in European stocks, so that you can match assets with the liability of the cost of living there. You want the investments in that currency.

That can still be done through U.S.-based accounts, he adds. Thun Financial typically does this by purchasing low-cost Exchange Traded Funds tracking equities in the location of retirement. “This often confuses people,” he says. “The client will see the values reported in dollars, but the underlying assets are the same as if I bought stocks on a European exchange. And you can build a diverse multi-currency diverse portfolio with greater liquidity and lower cost in the U.S. than anywhere else in the world. It’s not a location strategy, but an investment strategy.”

One of the first orders of business for clients considering a move abroad is selecting a location with access to good health care.  “It’s important to not only know if a country has a solid health care infrastructure, but also to make sure you’re in striking distance of a good hospital emergency room, since older people are by definition more prone to needing emergency services” says Josef Woodman, CEO of Patients Beyond Borders, which publishes a guide to health care facilities around the world.

Woodman urges retirees to locate near a western-style hospital that has been accredited by the Joint Commission International, and preferably one built in the past ten to 15 years. “The good news is, most Americans aren’t retiring in the hinterlands - they’re going to be within striking distance of a larger city, and chances are good that there will be an excellent facility within a couple hours of anywhere you’d want to retire.”

Medicare doesn’t cover services provided outside the U.S., so your clients may want to buy an international policy. Market leaders, Woodman says, include Aetna, Cigna and Blue Cross Blue Shield.

Clients moving abroad can opt not to enroll in Medicare if they expect to get all of their health care needs fulfilled outside the U.S., and for those who already had enrolled, it’s possible to exit the program. Medicare Part A (hospitalization) carries no premium, so there’s no reason to cancel that coverage. Part B (outpatient services) can be canceled by written notice to the Social Security Administration; Part D prescription drug coverage can be canceled by contacting the plan provider.

What about a client who moves abroad and later decides to return to the U.S.? She can re-enroll in Parts B and D during the general enrollment period (January 1 - March 31), and coverage would begin in July. However, she’d be subject to the Part B penalty, which is applied in any situation where a senior is over age 65 and should have been enrolled. The penalty is 10 percent of the standard Part B premium for every full 12 months the beneficiary could have had Part B but didn’t.

“That penalty is permanent in most circumstances,” says Jennifer Whittaker, operations supervisor for Allsup Medicare Advisor, a fee-based Medicare advisory service. There is no penalty for re-enrollment in Part D coverage, she adds.

“Assuming someone kept Parts A and B going while they were away, she could receive a special enrollment period (SEP) for Part D of two months after the month they return to enroll in Part D coverage again. There is no penalty for re-enrollment in Part D coverage. If someone kept both Parts A and B while away, they can sign up for a Medicare Advantage plan with prescription drug coverage during the SEP.”