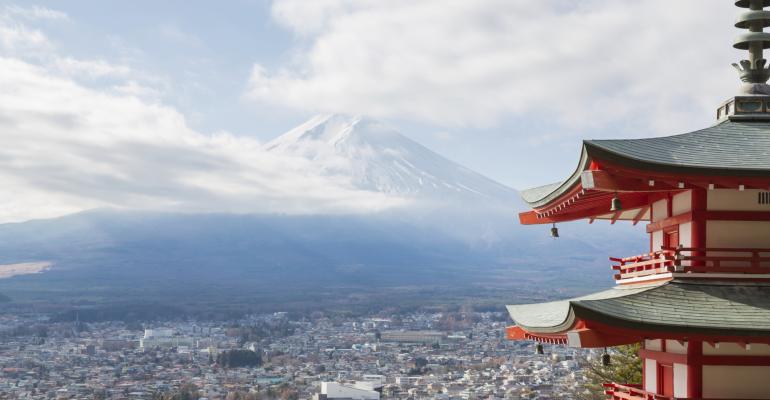 Trust me, I know: Whenever I dare to make careful references comparing U.S. economic and financial conditions to Japan’s 1980s asset bubble and its aftermath, my suggestions are met with “rolling eyes.” However, critical observers cannot dismiss the topic, considering that some developments, especially in global rates, appear to be following the Japanese trend. We know today that the Bank of Japan’s (BOJ) lax monetary policy was to blame for much of the bubble formation in real estate and stocks, particularly during the peak years of excess. In 1987 alone, the BOJ lowered rates from 5.5% to 2.5%, triggering massive speculation in practically all asset classes. Anecdotally, by the time the market had topped, the value of Tokyo’s Imperial Palace exceeded the total value of all real estate in California.

Whereas I understand the most common, but potentially incomplete, counterarguments that the U.S. economy is so much more diversified, centered on better demographics, and supported by “optimally-adjusted” (TBD) monetary policy, there is, at a minimum, one striking similarity. Like Japan, the entire western world continues to suffer from the lasting effects of a balance-sheet recession—not those of an ordinary “textbook” recession. Balance-sheet recessions occur when asset prices suddenly collapse while liabilities generally remain at constant levels, consequently forcing the private sector into minimizing debt instead of maximizing profits. Economic contractions resulting from these deleveraging cycles must be “picked up” by the public sector in order to avoid deep and lasting economic recessions.

Bringing government activities back into the picture, another aspect is becoming glaringly obvious: Similar to the U.S., the Japanese were willing to spend their nation’s excess (or future) savings to find relief from economic suffering. Based on work conducted by Richard Koo of the Nomura Research Institute, Japan’s economy would have been “leveled” to 1985 pre-crisis conditions if policymakers had not been so aggressive in their actions. By spending 460 trillion yen over a 15-year period (between 1990 and 2005), the Japanese were able to “buy” 2,000 trillion yen worth of GDP. Apparently, this was not a bad deal, and certainly reason enough to explain today’s global obsession with accommodative measures, allowing for closer relationships between banks and state, mainly expressed through financial repression.

The cost of economic accommodation may be considered yet another similarity between Japan and the U.S. Japan currently spends more than 50% of its entire tax revenue on servicing interest due on outstanding debt, much of which was issued to support the economy. Another troubling aspect is that Japanese government bonds are becoming harder to place in global markets, with one issuance almost entirely absorbed by the BOJ earlier this year. In the U.S., the trend is not much better: Already 35% of today’s outstanding debt is considered “intra-governmental," meaning debt issued is being absorbed by U.S. Trust and Revolving Funds, and about 30% of total interest paid is attributable to those holdings. On average, Japanese citizens “owe” 5.89 million yen of debt per capita (or $57k), whereas in the U.S. this figure is closer to $52k.

Our sobering observation explains why the Fed, just as the BOJ (and other Central Banks), may be committed to further accommodate the economic system and why interest rates may not rise to higher levels anytime soon (all other reasons such as employment and inflation aside). The risk to investors may not occur on the long end of the interest rate curve, but may be related to rate adjustments on the short end, with the Fed carefully directing a not entirely truthful or sustainable exit from easing conditions. It is clear that, while economic performance is subpar and conditions remain exceedingly deflationary from a lasting U.S. balance-sheet recession, only the proper combination of financial repression and inflation will “diminish” an increasing and real debt burden, until economic performance prevails.

Matthias Paul Kuhlmey is a Partner and Head of Global Investment Solutions (GIS) at HighTower Advisors. He serves as wealth manager to High Net Worth and Ultra-High Net Worth Individuals, Family Offices, and Institutions. For the rest of his blog posts, visit here. You can also follow him on Twitter @MoneyClipBlog.