/sites/all/themes/penton_subtheme_wealthmanagement/images/logos/footer.png
Recent
Recent
A Boom In Texting Spurs Latest Smarsh Acquisition
May 17, 2022
11 Must Reads for the CRE Industry (May 18, 2022)
May 17, 2022
Apple Delays Plan to Have Staff in Office Three Days a Week
May 17, 2022
Will Inflation Derail the Recovery in Restaurant Dining and Leasing?
May 17, 2022
Featured
The 10 Best and 10 Worst States in Which to Retire in 2021
Jul 15, 2021
Poll: 15 Classic Books on Investing and the Markets
Apr 03, 2020
Fifteen Must-Listen Business Podcasts for Advisors
Aug 14, 2020
Celebrity Estates: Jay Leno and Planning for Classic Car Collections
Feb 22, 2022
Viewpoints
brought to you by 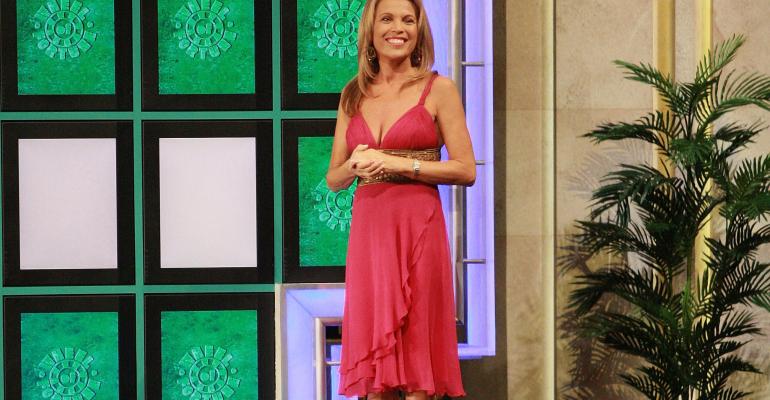 <p>Co-host Vanna White greets the contestants during a taping of Wheel Of Fortune Celebrity Week.</p>
News

With U.S. equity markets already trading at above-average valuations, the assessment of the “right" E is essential to help avoid future pitfalls or even outright losses.

The letter E appears to be a peculiar one—not only lending its character to street names (and bands, for that matter), but also stirring up controversy in the scientific realm, with the famous Einstein formula being criticized as inaccurate. Some years ago, I even went on record and accused the E of being wrong altogether (parts one and two). Given the state of the current earnings (E) season, it is time to revisit my previous claim, especially in justification of the P (price) being paid for stocks. At a current (trailing) P/E ratio of 18.7, the claim can be made that U.S. equities are not exactly a bargain.

For our discussion, it is essential to deconstruct and reconsider the inputs to E: 1) growth, 2) profit margins, and 3) shares outstanding. Under normal conditions (or as commonly expected), the ideal corporate earnings composition would be based on the right mix of revenue growth and efficiency gains, typically leading to a better utilization of production factors and, ultimately, improved margins. Today’s picture, however, remains distorted, with a strong tilt towards profit margins and share buyback programs—both anchored in unprecedented and unsustainable conditions. Beneath the surface remains an anemic growth pattern, with zero(!) revenue growth reported so far for the Q1 earnings season (vs. 3.2 percent growth in Q4 2014). The fact that companies are still beating earnings estimates is questionable at least, but is a topic for another (also quite sobering) discussion.

While it is quite obvious that low financing costs, inexpensive labor, and favorable commodity prices have improved the earnings picture materially (mostly through an increase in profit margins), there is also a socioeconomic perspective to consider. In very oversimplified terms, every economy, at least mathematically, is a “closed system,” with deficits of one sector having to be filled by surpluses of another sector. Economist John Hussman, Ph.D., described it well when reflecting on the current earnings conundrum: “…elevated corporate profits since 2009 have largely reflected mirror image deficits in the household and government sectors, as households have taken on debt to maintain consumption despite historically low wages as a share of GDP…”

Our own research confirms this problematic development. In comparing historical data over several decades, we are observing a significant divergence in the growth rate of corporate earnings compared to personal outlays (typically defined as the sum of personal consumption expenditures, interest payments, and current transfer payments to the government and to the rest of the world). Since late 2009, earnings have grown nearly 150 percent, while personal outlays only grew by 21 percent. Personal outlays, in our data series going back to 1959, are less than half of the historical average, while earnings growth is noted at an above-average level. During other comparable periods such significant divergences have prefaced problematic economic and/or financial market phases.

Compared to current conditions, there was only one longer period of sustained earnings growth (measured in months): during the 90s. At that time, the U.S. economy (and corporations) experienced more robust conditions and were certainly not profiting from an excessive amount of “artificial” stimulus, as has arguably been the case in recent years. To clarify the difference numerically, average U.S. GDP growth was 3.87 percent in the 90s and 2.74 percent in the early 2000s, but has been only 2.29 percent since the end of the Financial Crisis.

Investors in U.S. equities, for the most part, do not seem to care much about potentially overpaying for E; this could have to do with the generally broadcast over-optimism that equities remain an attractive buy (recency bias alert), but is more likely because other less-volatile allocation choices, such as bonds, do not offer sufficient return potential—especially if one’s goal is to preserve purchasing power. In other words, asset allocators may “reach” for returns, not accounting for the inherently riskier disposition of equities.

With U.S. equity markets already trading at above-average valuations, the assessment of the “right" E is essential to help avoid future pitfalls or even outright losses. From our perspective, it is easy to conclude that domestic stock markets do not offer optimal risk/return characteristics compared to other global choices available to investors.