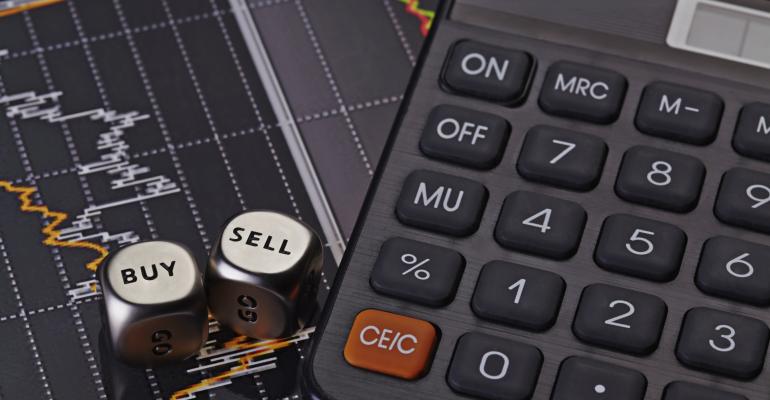 Who Are the Buyers and Sellers?

There are six notable trends in buying/selling in the stock market. Stocks are being purchased by corporations and individuals; however, foreigners, hedge funds, institutions and insiders are net sellers.

We devote this commentary each week to assessing the many reasons markets may rise or fall.  But at the heart of it, all markets come down to just one thing: buyers and sellers. Taking a look at who is buying and who is selling can tell us something about the durability of the market’s performance and what may lie ahead.

Currently, there are six notable trends in buying and selling in the stock market. U.S. stocks are being purchased by corporations and individuals; however, foreigners, hedge funds, institutions and insiders are net sellers.

Companies. Companies themselves have been the biggest buyers of stocks. After reducing purchases during the financial crisis in 2008 and 2009 as companies focused on hoarding their capital, corporations have returned to record levels of net share repurchases. According to data from FactSet, S&P 500 companies bought back about $160 billion in stock in the first quarter of 2014, and are on pace for an amount this quarter that is close to the all-time high of $172 billion set in the third quarter of 2007. Corporations have been decreasing the amount of shares in the market for 10 straight quarters. Over the past year, this has amounted to about 3% of shares outstanding in the S&P 500. Corporations have become net buyers of shares as rising cash flow and wide profit margins compel them to shrink their share count to boost earnings per share, as revenue growth has been sluggish.

Individuals. Individual investors have been sellers in recent years. It is notable that in 2011 and 2012, investors sold more steadily and in total sold a greater amount than they did during the financial crisis in 2008 and 2009, measured by the net flows to funds that invest in U.S. stocks.  However, individual investors have finally become net buyers over the past year as trailing returns have turned sharply positive on a 1-, 3-, and 5-year time horizon [Figure 2]. 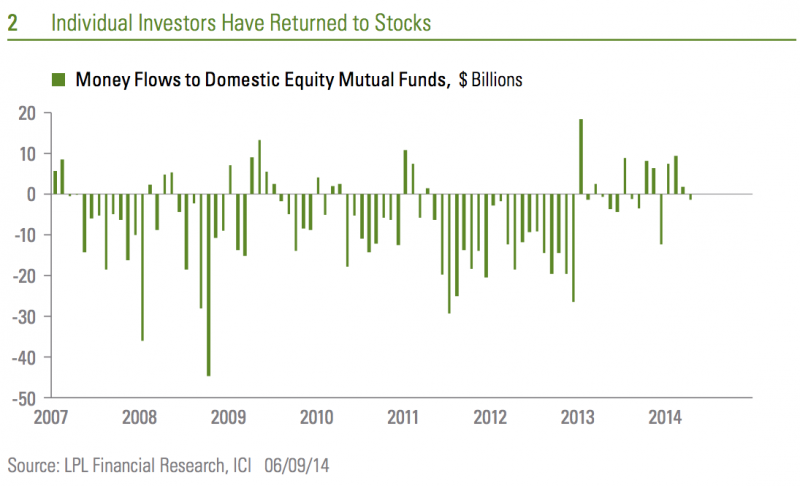 Foreigners. Data released by the Treasury Department show that foreigners have been net sellers of U.S. stocks over the past year following a period of relatively steady buying during 2009-12 [Figure 3].  This selling has been led mainly by waning demand from European investors as their economy finally emerged from recession a year ago. The weakest pace of net purchases of U.S. stocks by foreigners at the start to any year since 2004 sets 2014 on a disappointing pace. 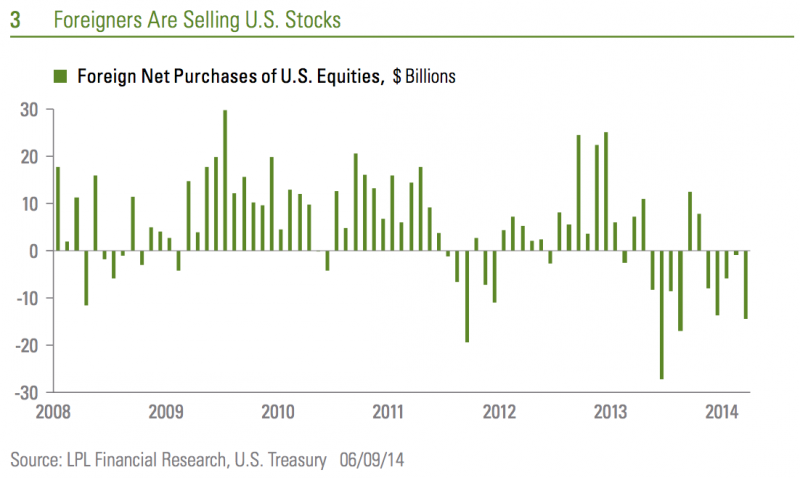 Hedge Funds. The U.S. Treasury tracks net purchases of U.S. stocks from investors in the Caribbean, which primarily represents demand by hedge funds. Hedge funds have been net sellers so far in 2014, as they have been for most of the past 12 months. The pace of selling has increased in recent months. Over the past three years, the monthly average has been a net sale of less than $1 billion of U.S. stocks, ranging from a net purchase of $9.3 billion to a net sale of $15.7 billion.

Institutions. Institutions have been selling stocks. In general, institutions are considered to be corporate and other private pension funds, public-sector pension funds at the federal, state, and local level, and insurance companies including both property-casualty and life insurance companies. Insurance companies have been buyers, but pensions have been big sellers. Pension plans, both defined benefit and defined contribution, enjoyed a recovery in 2013 with the S&P 500 Index rising the most since 1997. That helped corporate pension funds close the gap to about 95% fully funded at the end of 2013. Pensions are rebalancing their portfolios away from stocks and back toward bonds. But this is nothing new: according to data from the Federal Reserve (Fed), pensions were selling stocks every year since the Great Recession began in 2008 to fund payouts and greater allocations to bonds. Stock allocations are well below what they were before the financial crisis.

Insiders. In contrast to the buying they are directing their companies to undertake, insiders, or top executives of companies, have been net sellers of shares. Should this net selling be seen as an important signal by those “in the know” of impending doom for corporate America?  History offers a very different interpretation. Corporate insiders were buying in 2007 at the peak, and they were selling in 2009 as stocks were bottoming. Back in August of 2007, around the peak of the stock market, insiders at financial companies were doing the most buying in 12 years.  At the time, this trend was interpreted by some as a buy signal for financials just before the companies in this sector saw their stocks fall more than 80%.  Given this track record, we do not interpret the insider selling as a signal that they are acting on any inside information that would benefit an individual investor. Instead, we see it as another indicator of relative demand for stocks. The pace of net selling has slowed notably this year, as the pace of gains in the stock market has moderated.

While there are more groups that are sellers than buyers, some matter a lot more than others. For example, corporations bought nearly $500 billion last year while net selling by hedge funds was less than $20 billion.

We expect companies and individuals to continue to be net buyers while insiders and institutions and foreigners remain sellers, and hedge funds may average to flat net buying in the coming quarters.  Risks to stocks would be a slowdown in corporate buybacks and a return to selling by individuals. On the other hand, fuel for the stock market could come from a re-allocation back toward stocks or a slowing in the pace of selling and reallocating to bonds by institutions as interest rates rise and bond returns suffer.

Evidence of the power of these trends in buying and selling can be seen in the performance of the bond market in recent years where buying by all parties—institutions, individuals, foreigners, and the Fed—pushed bond prices higher and yields to record lows.