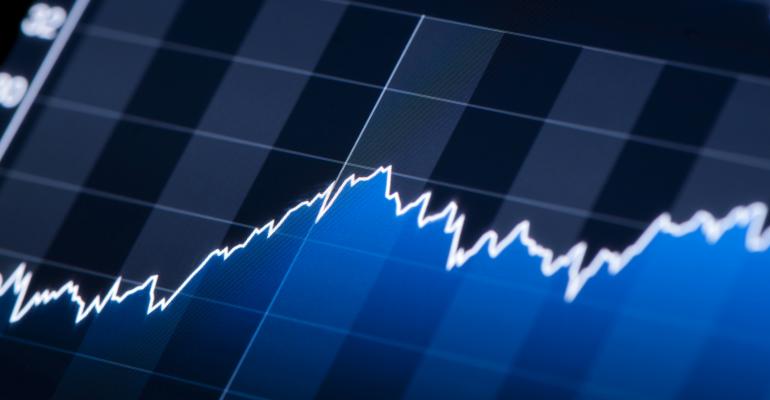 U.S. stocks surged the week of June 23, 2014 on the absolute worst economic data in five years. The U.S. GDP (Gross Domestic Product) was revised down for first quarter from a negative 1 percent to a negative 2.93 percent, and the U.S. financial markets took off even though it was the worst quarter of growth in almost 60 years.

If the collapse of the U.S. GDP doesn't send the S&P lower, what will?

This seems like a trap, and investors should see that this just doesn’t add up.

There's an explanation.  Central banks were putting in $29.1 trillion so far into equity markets around the world and primarily in the United States markets. The Federal Reserve has been doing this as well, as part of an unconventional monetary policy never done before, and they can't seem to stop.

This is buoying the market for all the wrong reasons, but the other factor is that investors are trapped in the herd mentality. This behavior in investing is a fundamental element of free markets.  We’ve always had a herd mentality in financial markets and many times investors have followed the herd right off a cliff.  Some of the smartest people just follow because they think they're missing something.  Financial crisis can be predictable by the facts and are not unpredictable black swans. It’s one thing to be optimistic about the future, but it tends to bias critical thinking which is needed to assess risk.

First quarter 2014 GDP was not a weather-related anomaly even though some in the media say so. A negative 2.93 percent GDP means that this consistently-printing-the-dollar Fed won't be able to support the fairy tale that both Yellen and the White House have been telling us.

From a historical perspective, there's been 265 quarterly GDP numbers since 1947, and on 18 of these they posted a number below the negative 2.9 percent recorded for first quarter 2014. In only one of these 18 deep down quarters was the U.S. economy not in a recession.  Based on that, an educated guess is that the U.S. is in a recession, regardless of what the media or government or Wall Street say.

The Federal Reserve has come out and said that they anticipate a positive 1.5 percent GDP for 2014. The only way we could get there in the three remaining quarters is by averaging 3 percent GDP growth. That's not going to happen because so far, none of the components that make up the second-quarter GDP are in any kind of fast-moving, upward movement.

Housing starts for second quarter are below first quarter after the first two months of second quarter. Housing starts fell 6.5 percent in May from April while holding just above a seasonally-adjusted annual rate of 1 million. The April rate was 1.07 million. Likewise, real fixed business investments have been decelerating over the last few quarters, and there's absolutely no indication of reversal.

Even the PCE (Personal Consumption Expenditure), which measures all goods and services consumed by Americans and is a component of the GDP, is doing poorly.  After two months into the second quarter of 2014, the PCE is not even with or ahead of first quarter 2014, which means U.S. consumers are not buying products or spending money. They are tapped out. This narrative in the media that the consumer is back is just downright wrong because it is belied by fact.

Durable goods orders reported the week of June 23, 2014 tumbled 1 percent, so far the biggest miss in 2014. On a year-over-year basis, durable goods are negative, not great news for second quarter GDP. The truth is we are now living on borrowed time. The U.S. GDP is the worst it's been in five years. U.S. employment participation rate is the worst it's been in 37 years. The U.S. food stamp recipients are now over 50 million Americans, and somehow the S&P 500 hits a new high. It just doesn't add up.

Investors need to ground themselves and remember the crash of 2008, because just like back then, there were harbingers of the correction to come.  Investors need to be cautious because there are plenty of signs coming from both the market and the economy that vigilance is a wise choice at this time. Portfolios don’t have to drop 35 or 50 percent like back in 2008.

All market data references are sourced to Bloomberg terminal database.

Bennett Group Financial Services LLC, based in Washington, D.C., is a comprehensive financial services  firm committed to providing opportunities to clients’ as they seek long-term financial success.  Its customized programs are designed with the potential to help grow, lower overall risk and conserve client assets by delivering a high level of personalized service and skill.  For more information, call 866-286-2268 or visit www.bennettgroupfinancial.com.